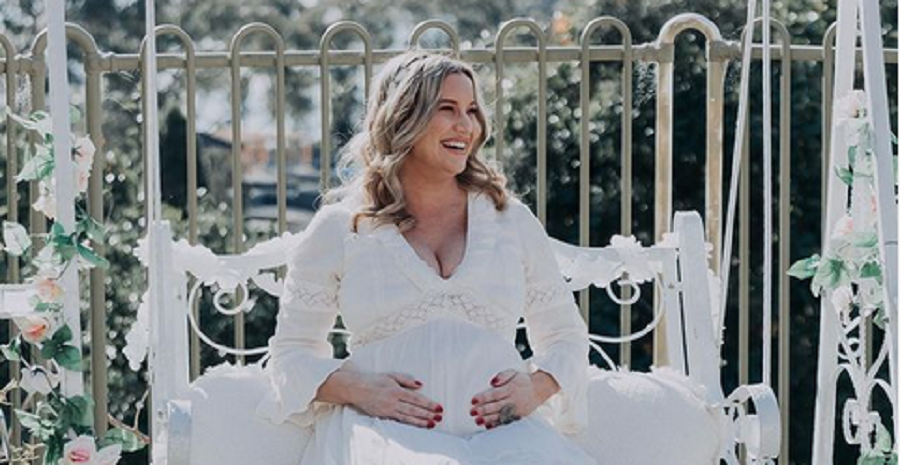 Below Deck Med alum Hannah Ferrier is engaged. This exciting news comes just weeks after she gave birth to her first child. The former chief stew made the casual reveal on social media. The engagement news was shared on her 34th birthday. She celebrated the milestone by announcing her engagement to longtime boyfriend Joshua Roberts.

On Monday, October 26, Hannah welcomed her first child, daughter Ava Grace Roberts. Earlier this year, she announced her departure from Below Deck Mediterranean. She made it clear that she wants to get married and start a family. And, it looks like Hannah is already making those moves.

On Monday, November 23, she announced the happy news on Instagram. Hannah Ferrier posted a photo of herself wearing an engagement ring. She captioned the post: “And then there were three…and a ring.” This comes four weeks after Hannah welcomed her first child with Josh. The couple has dated for more than two years.

She even celebrated their anniversary before her baby’s birth. Hannah took to Instagram to post a beautiful shot of herself wearing a cobalt blue paisley print dress. However, some of her fans were confused. They wondered why Josh wasn’t in the photo with her.

The former Bravo star told one of her fans that he does not like social media. But some of her fans already know what Josh looks like no thanks to the Daily Mail report. The British tabloid previously shared photos of Hannah and Josh out in Sydney, Australia. It’s clear that the couple wants to live their lives privately.

Hannah Ferrier got a lot of support from fans and Bravo celebrities. Her close friend and business partner Anastasia Surmava cracked a joke. “The fact that he’s seen you ripped open and covered in throw up and still wants to propose really says a lot about your personality,” she wrote in the comments section. Hannah responded: “She’s 1000% joking!! I have way too many ugly photos of her – she lives in fear.”

Aesha Scott responded to Julia: “Oooommmggggg the hens do is going to be WIYAAAALLLDDDD. I’ll need to start preparing now hahaha.”

Hannah talked about her romance before

Hannah Ferrier previously shared how the couple met. She revealed to The Daily Dish back in June that she met Josh after ending Season 4 of Below Deck Med.

“So in between charter seasons, I went home to Australia, I met someone,” Hannah told Bravo’s The Daily Dish. “And this is definitely the first relationship that I actually see some longevity and potentially getting married and making babies and having a family.”

The couple previously discussed marriage, but Hannah wanted to focus on their baby. Some fans would say that Hannah looks happy and relaxed since leaving Below Deck Mediterranean. Just days before announcing her engagement, Hannah shared a selfie with her and her baby girl. She captioned it: “Sunday morning cuddles. Life’s never been so good.”

Congratulations to the happy couple! It’s good to see that Hannah and Josh are doing so well.