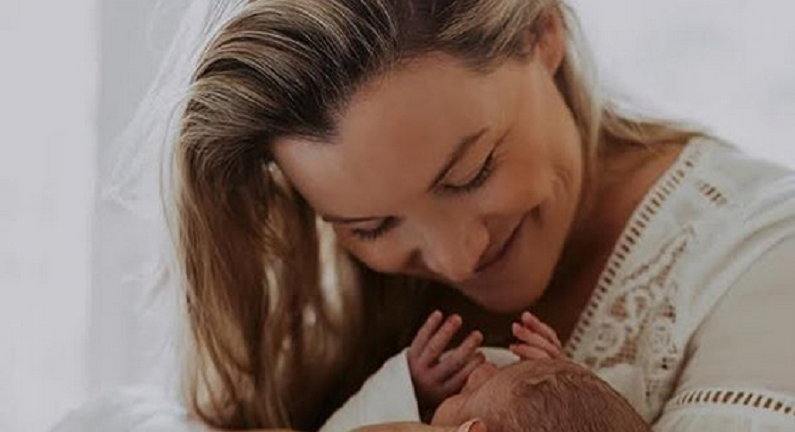 Below Deck Med alum Hannah Ferrier announced that her newborn baby, Ava Grace Roberts was born on October. 26. Over the weekend, fans wondered if she gave birth. Previously, she told her followers that she was due sometime in October. On Saturday, Daily Mail published the photos of Hannah and her boyfriend, Josh, along with their daughter in Sydney, Australia.

The British tabloid claimed that the couple welcomed their baby. But Hannah hadn’t yet shared the news with the world. On Monday, November 2, she broke her social media silence to make an announcement. She shared adorable photos of her baby girl to the surprise of her fans.

Hannah Ferrier shares the first photos of her baby girl

The former chief stew couldn’t wait to share the first photos of her bundle of joy. On Monday, Hannah Ferrier shared three photos of her beautiful baby girl on Instagram. The first photo shows her wearing a white flowy outfit as she lovingly holds her baby in her arms. The next two photos show her baby girl looking up at her and yawning.

On her Instagram Stories, Hannah shared more photos of adorable Ava. She even posted a closeup of her 1-day-old face as she welcomed Ava into her home in Sydney, Australia. The former reality star even showed off the beautiful gifts she received. Some of those gifts include balloons, a teddy bear, and a bottle of champagne for the new mom and dad to enjoy.

In the caption, she wrote, “Welcome home Ava” with the pink heart emoji.

This is the first child for Hannah and her boyfriend of two years, Josh. The couple welcomed their baby on October 26. “Madam has arrived! Josh and I are so happy to welcome to the world our little girl – Ava Grace Roberts. Born on the 26th of October.” Hannah wrote on her Instagram post on November 2. “She is already a little menace that has captured our hearts forever.”

Deckhand Jamie Jason from Below Deck Med wrote: “You’ve created the most beautiful girl known to man. Congratulations to you and josh on becoming parents!”

Former stew, close friend, and co-creator of Ocean International Training Academy Anastasia Surmava shared: “My perfect angel!!!!! Love you both so much.”

Hannah previously revealed that yachting prepared her for motherhood. She admits the sleep-deprived and overworked industry was perfect training for motherhood. As fans know, the yachting industry also made her very anxious. Thankfully, that’s not the case with motherhood as she looks as relaxed and happy than ever.