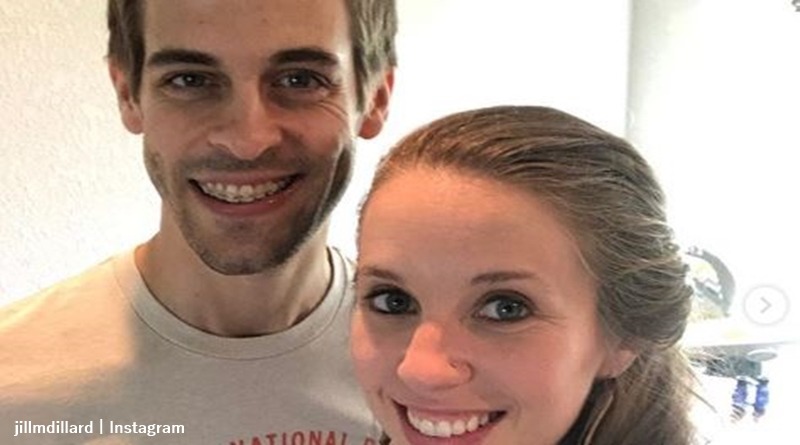 Derick and his wife Jill Dillard are no longer connected to TLC’s Counting On. Some argue they are estranged from the whole Duggar family these days. Fortunately, this provided a unique opportunity for Counting On fans. They’ve been able to ask Derick and Jill some of their burning questions about the Duggar family. Jill and Derick have happily been answering these questions during Q&A sessions on their YouTube channel.

During a Q&A session this month, Jill and Derick decided to open up about their courtship. Derick got candid about his biggest regret during the courtship. And, his wife? Well, she spilled on the entire courtship being “played up” to help the reality TV series with ratings. Shocking? Probably not.

Keep reading as we summarize some of what Jill and Derick had to say.

Derick Dillard spills his biggest regret during the courtship to Jill

For starters, Derick Dillard made it clear he didn’t even really like the term courtship. He didn’t think it was very modern or current. He described it as “archaic.” Truthfully, he wished the period of time had been referred to as something other than a courtship.

Now, as far as regrets go, he only has one really big one. And, what is it? Well, he wishes her would have held Jill’s hand while they were courting. As those who follow the couple know, they didn’t hold hands until they got engaged.

Jill jested that Derick still would have had to get the permission of her father to hold her hand during their courtship.

Producers ‘played up’ the entire courtship for ratings, Jill reveals

As long as reality TV has been around, people have wondered how much is real and how much is played up for the purpose of ratings. Could Counting On be scripted? Jill Dillard certainly implied there was a little scripting involved.

Jill Dillard Explains Why She & Derick Kept Their Courtship Secret

The former Counting On star revealed her courtship wasn’t as weird as it was made out to be on television. It was just something the producers spun for the purpose of views.

I feel like there were maybe some misconceptions about our courtship. It was definitely a little bit more played up for the show and all that. So, things maybe weren’t as weird as they seemed.”

According to Jill, from the outside looking in, it appeared as if Jim Bob and Michelle set the rules for their courtship. But, that was not the case. In fact, she admits her parents encouraged her and Derick to set their own rules. And, they did just that. Jill clarified she and Derick probably would have had rules for their courtship even if her parents had not pushed them in that direction.

So, does Derick Dillard’s biggest regret surprise you? And, what about Jill revealing the courtship was ‘played up’? Share your thoughts with us in the comments!

Amber Portwood Reveals The Positive Life Changes She Is Making
Zach & Jackson Roloff Surprise Matt Amid Family Emergency
‘Naked and Afraid of Love’: New Dating Series Coming to discovery+ in August 2021
Fans Worry ‘Bringing Up Bates’ Will Be Canceled Like ‘Counting On’
Carlin Bates Under Fire, Is She Abusing Her Dog?!