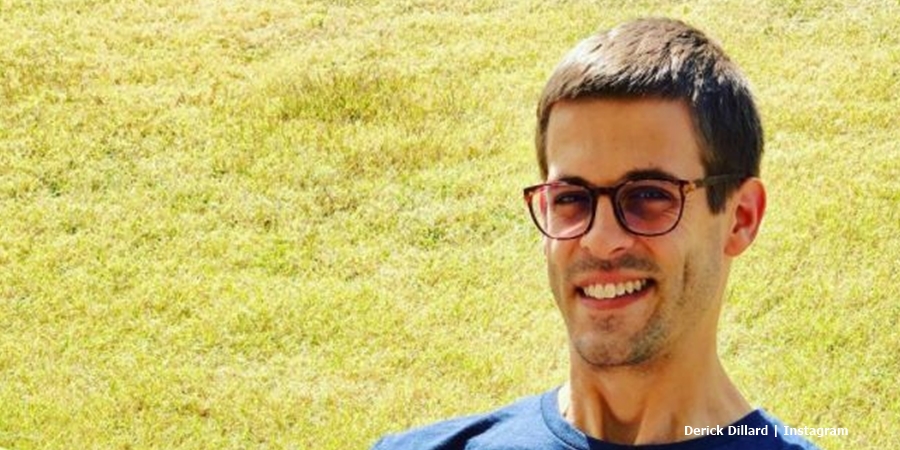 Derick Dillard opens up more and more about the inner workings of Counting On’s Duggar family. And as he and Jill seem estranged from Jim Bob and Michelle, it seems he holds nothing back. After several revelations about how the kids worked on the TLC show for free, he now talked about why young men like Justin marry so young. And, he took some heat for it in a post where he shared about his kids.

Derick Dillard talked about why people like Justin marry so young

We reported that after Justin Duggar and Claire Spivey became engaged on his 18th birthday, fans asked about young marriage. Recall, Justin and Claire dated for just 14 months. And he still seemed very young for such a serious relationship. Well, in response to the fan who asked about Justin marrying so young, Derick simply said that they just want to slip between the sheets, so to speak.

Well, those Duggar boys really don’t experience any opportunity for a bit of rumpy-pumpy outside of marriage. And, everyone in the world probably heard about boy teens and their dreams. Plus, Counting On fans know the boys even practice their kissing techniques on their hands ahead of their wedding night. So, while Derick Dillard sounded brutally honest, he probably hit rather close to the mark with his comment. And Jill seemingly enjoyed the comment that came on her own post on November 17.

Fan slams Derick for his comment about Justin and Claire

On November 18, Derick posted up a photo of himself sitting at his desk. On each knee, perched one of his sons. He captioned the sweet photo with, “Just another day of Clinic work with my law partners.” Well, lots of fans adored the picture that Jill Dillard’s husband shared. Actually, since he started spilling the tea on the Duggar family, he grew more popular.

One fan of Derick Dillard said, “Awww! I remember doing this with my dad. Memories children never forget!” Similar comments followed. But one TLC fan slammed him for speaking out against Justin and Claire. They wrote, “The reason why Justin duggar is getting married is because he is in love.” They talked about how people marry for things other than s*x. Then, the critic lambasted Derick because they feel he should take “Justin and Claire’s” feelings “into consideration.

Finally, the critic noted, “Be nice and try not to start drama with the family. Life is to (sic) short and money is the root of all evil. I hope you can work things out with the family.”

What do you think about the heat that Derick Dillard took for talking about why the Duggar boys marry so young? Sound off your thoughts in the comments below.