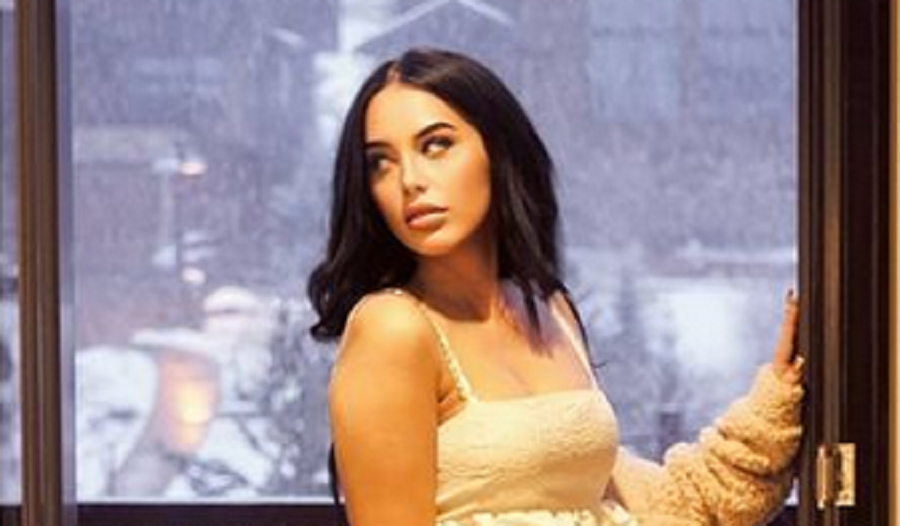 90 Day Fiance: The Other Way star Deavan Clegg sparked the engagement rumors once again. Fans wonder if she’s planning to marry Korean actor Christopher “Topher” Park. The couple was recently spotted with rings on their left ring fingers. She previously denied the rumors but they since ramped up again.

The 27-year-old posted a series of photos on Instagram. The couple posed for the latest issue of his digital fashion and lifestyle magazine. Topher wore a black suit with a black tie. Meanwhile, Deavan wore a red evening gown.

“Omg [are] those rings I see?” one fan wrote while including two heart-eyed emojis, a blue heart, and a pink sparkly heart emoji. “I see a ring!!!!” another fan chimed in while adding a diamond ring emoji.

The 90 Day Fiance star also shared the shots from their photoshoot on her respective Instagram. The black-and-white shots had fans wondering if it was engagement photos. Deavan even wrote in the caption: “I love this man with all my heart. Super excited to start our new journey together.”

Of course, this isn’t the first time that Deavan and Topher sparked the engagement rumors. She was spotted wearing a diamond ring on that hand during their romantic weekend getaway to Park City, Utah for her birthday on Sunday, November 15. Deavan also sparked pregnancy rumors with her previous Instagram post. Fans flocked to the post to ask her if she’s pregnant, but she shut them down on her Instagram Story.

Deavan and Topher’s relationship continues to develop. In the meantime, fans are watching her storyline with estranged husband Jihoon Lee play out on Season 2 of 90 Day Fiance: The Other Way. The latest episode showed the couple preparing their second wedding ceremony in South Korea. Deavan relocated to Jihoon’s native country so she could raise their family there.

Was Deavan and Jihoon’s marriage legal?

Since the season ended, the couple broke up. In May, Deavan returned to the U.S. with Drascilla and Taeyang. She confirmed that she filed for divorce from Jihoon in September, but they’re still legally married as Jihoon hasn’t signed the papers.


But was their marriage even legal? Deavan claims that Jihoon blocked her number and she has no way to reach him. But if their marriage was legally binding, then it should take more than a phone call to make their divorce official.

90 Day Fiance blogger John Yates said their marriage was only legal in South Korea. According to him, Jihoon isn’t the one to sign the papers. Only Deavan can make that call here in America.

“Her marriage isn’t legal in the U.S. It’s only legal in South Korea,” he told All About the Tea. “Jihoon can’t file for divorce because South Korea has a specific adultery law which prohibits him from filing because Deavan is in a new relationship. The only way she can file in the states for a Korean divorce is if she claims abandonment, and has no contact with Jihoon for three years.”

In the meantime, fans can keep up with Deavan and Jihoon on 90 Day Fiance: The Other Way on Sunday nights at 8 p.m. ET on TLC.