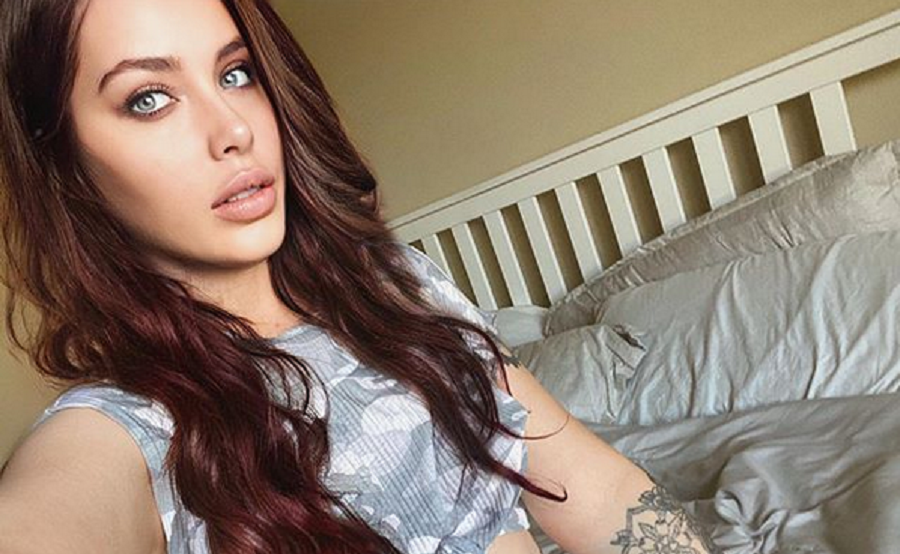 90 Day Fiance: The Other Way star Deavan Clegg has been hit with pregnancy rumors. The rumors first started on Reddit. Fans assume the TLC star is ready to have her next child with her new boyfriend Topher Park. The couple got the rumor mill talking once again when they went on a getaway for her birthday.

The 24-year-old shared the latest photos on Instagram. Prior, Deavan has kept her new man a secret. But she’s been slowly showing him to the world. Deavan and Topher aren’t shy anymore. They’re even doing Instagram shoots together.

But it’s Deavan’s latest photo that has fans talking.

Deavan Clegg caused pregnancy rumors to swirl once again. Those rumors from the 90 Day Fiance Reddit have since found their way on Instagram. She shared many romantic photos from her hotel getaway with the 27-year-old Korean actor. The two booked a room in Park City for her birthday, as per In Touch Weekly.

In one of the photos posted on Saturday, November 14, Deavan posed in front of the window. The Utah native wore a white peplum tank top with dark high-waisted jeans and a pink sherpa jacket. In her caption, Deavan teased: “My birthday is tomorrow but this weekend has been a complete dream. [heart emoji] thank you @hyu.nw.”

The television personality tagged Topher in her post. She thanked him for surprising her this weekend. Instead of wishing her a happy birthday, 90 Day Fiance fans wanted to know if she’s pregnant. Many fans assumed that Deavan and Topher were planning their first child together.

The 90 Day Fiance star got hounded with questions about whether she’s pregnant. One fan asked, “Are you pregnant????????” Another chimed in: “When are you due????” Some of them assumed that Deavan looked pregnant in her new photo.

She took to her Instagram Stories to address the non-stop pregnancy rumors. “Friendly reminder that I’m not pregnant. Stop asking. It’s extremely rude [side eye emoji],” she captioned a close-up of herself staring into her camera with her finger resting on her temple.

Deavan is a proud mom of 5-year-old Drascilla from a previous relationship. She also shares 19-month-old son Taeyang with estranged husband, Jihoon Lee. The former flames are on the second season of 90 Day Fiance: The Other Way. Earlier this year, Jihoon announced that their marriage was over.

Fans followed their love story as Jihoon proposed to Deavan shortly after she gave birth to their son in April 2019. They conceived Taeyan during their first weekend together when the South Korean native visited her in America. Fans assume that Deavan is ready to have her next son. But she suffered a miscarriage in October 2019 while married to Jihoon.

The couple split back in May. Deavan has since moved back to the U.S. with both of her children. In the meantime, 90 Day Fiance: The Other Way airs on Sundays at 8 p.m. ET on TLC.