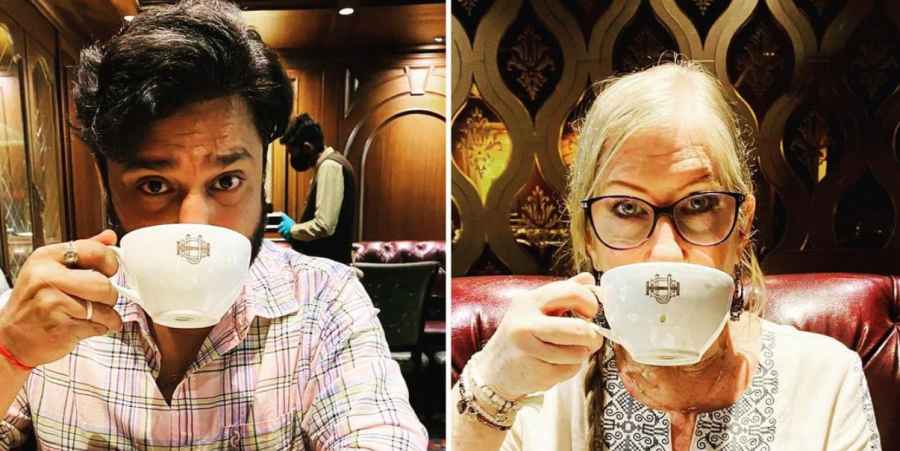 Recent episodes of 90 Day Fiance: The Other Way have many fans of the TLC reality show doubtful. As the drama continues, fans believe Sumit Singh is making excuses for not marrying his girlfriend, Jenny Slatten. In Sunday’s episode,  Sumit battles with his parents, while standing up for Jenny. On top of this, Sumit has made a heartwarming post to Instagram to prove his love.

In Sunday’s episode, fans watched as Sumit and Jenny invited his parents over to talk. However, they are unable to convince the parents to approve of their union. Sumit’s mother goes so far as to even say that should they marry, his parents would die. This is their version of saying the wedding would be “over their dead bodies.”

The pair has seen a marriage lawyer, who says they can get married without Sumit’s parents’ blessing. Sumit explains this to his parents, but they are horrified. His father suggests he finds another oldie, one that is 100-years-old.

Sumit’s mother said to Sumit, “The day you get married to her, remember this. We will be dead.” Jenny tells her that she loves his son and won’t leave him alone. Sumit’s father points out that Jenny’s kids are older than him – six to seven years older. His mother then asks if they will have children together.

Fight between Sumit and his parents heats up

Sumit’s father then gets truly nasty. He asks his son is this all you could find? He tells him he can find other women, a thousand times better, in fact, a million times better than Jenny. His dad tells him to keep looking. However, Sumit comes back, saying he has never had this feeling for anyone but Jenny. He does admit he didn’t have the courage to tell his parents before that he loves her.

Singh truly wishes his parents would understand and accept it. His father starts yelling, saying people marry to raise a family, to have kids.  By this stage Sumit has had enough, but then his mother says he cannot stay there with Jenny. Sumit must leave and come home with them. As the argument between Sumit and his parents truly heats up, Jenny leaves the room. She tells the camera she can’t do this to his family and must return home to America.

Does Sumit want to marry Jenny?

Up until this point, many 90 Day Fiance fans have been getting bored with this tedious storyline. They believe Sumit doesn’t really want to marry Jenny and keeps stalling for time. His divorce from his first wife is over and done and now they are supposed to have their ring ceremony. However, he postpones that ceremony once again.

Despite all the controversy over their storyline, it seems Sumit does truly love Jenny and wants to marry her. Before the episode, revealing his fight with his parents, Singh made a post to Instagram. He shared a smiling image of himself with Jenny. Sumit’s caption is heartwarming, as he writes, “You will never mock me again over my suffering, first try to attach your heart in someone’s love just once.”

Judging from recent images on Instagram, it looks like Jenny and Sumit are still together and living in India. Let’s wish them all the best for a happy life together, either with or despite Sumit’s parents.