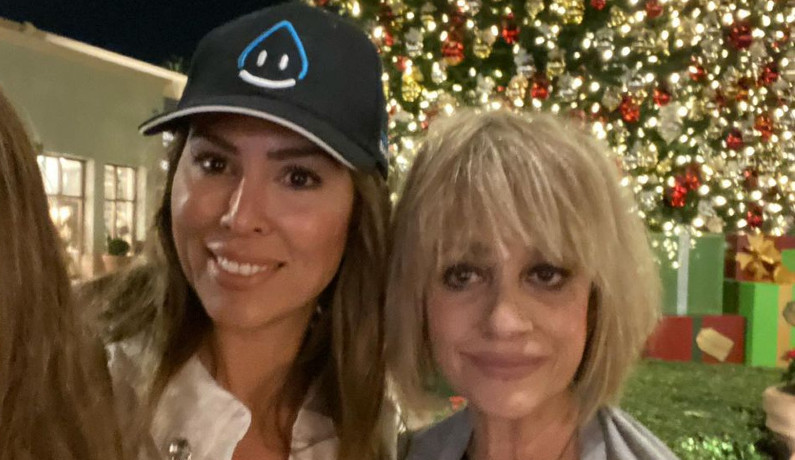 The COVID-19 pandemic has hit close to home for The Real Housewives of Orange County star Kelly Dodd. As Bravo fans likely know, she spent much of the summer and fall doubting the severity of the pandemic and the effectiveness of masks. Over the weekend, Kelly Dodd’s brother took to social media to ask for prayers. It seems their mother is battling a rather serious case of COVID-19. In fact, he wrote that she is in the ICU.

Fans who follow Kelly Dodd on social media may be familiar with her mother, Bobbi Meza. During the quarantine earlier this year, Kelly Dodd’s teenage daughter stayed with her grandmother Bobbi while Kelly was stuck in NYC. At the time, fans lambasted the Positive Beverage founder for choosing a man over her daughter.

Before the coronavirus pandemic, Kelly Dodd got engaged to Fox News correspondent Rick Leventhal. He was based out of New York City, so Kelly Dodd was there visiting him. The two later married in a small ceremony in California and he made the move across the country.

Kelly Dodd’s RHOC co-star Braunwyn Windham-Burke recently slammed her for abandoning her daughter during the pandemic. Kelly Dodd quickly clapped back by noting that the mom-of-seven traveled a lot during the time the country was in quarantine. The two are still feuding over it.

So, Bravo fans were saddened to read on social media that Bobbi Meza is in the hospital after a coronavirus diagnosis. The news came via one of Kelly Dodd’s brothers, Eric Meza. He wrote, “Prayers for my mother. She has COVID19.”

Kelly Dodd’s brother also let fans know that Bobbi Meza’s case is so serious that she’s in the ICU. But his reality star sister disputed that claim. In fact, she aired some real-life family drama in disputing that their mother was in ICU.

Us Weekly reports that Kelly Dodd denied her mother was in ICE. She wrote that her other brother, JR, “said she’s not in the ICU.” She can’t ask her mom directly because “Mom has me blocked” on social media. The outlet notes that the comment has since been deleted. However, Bravo fan account @queensofbravo managed to screengrab the comment.

Kelly Dodd Has a Long History of Insensitive Coronavirus Comments

“Where are the masks?” “Why aren’t you social-distancing?” “You shouldn’t travel during the pandemic.” These are all common comments from the internet on virtually any photo a celebrity posts. However, Kelly Dodd gets these comments more than most. Why? Because of her extremely controversial posts over the last 7 months. During the early weeks of the pandemic, she said that coronavirus is “God’s way of thinning the herd.” She walked those comments back only to later compare COVID-19 to a bad flu.

More recently, she shared a YouTube video about why masks are ineffective. She also made insensitive jokes about the Black Lives Matter movement by wearing a ‘Drunk Wives Matter’ hat at her bridal shower.

Despite all of this controversy, Bravo has yet to fire or reprimand Kelly Dodd. Some fans suspect that the delay of RHOC’s Season 15 was due to Bravo reducing her role in the new season. New RHOSLC star Jen Shah recently called Kelly Dodd out as her least favorite Housewife. And she’s never even met her!

Hopefully Kelly Dodd’s mother can recover from her battle with COVID-19.