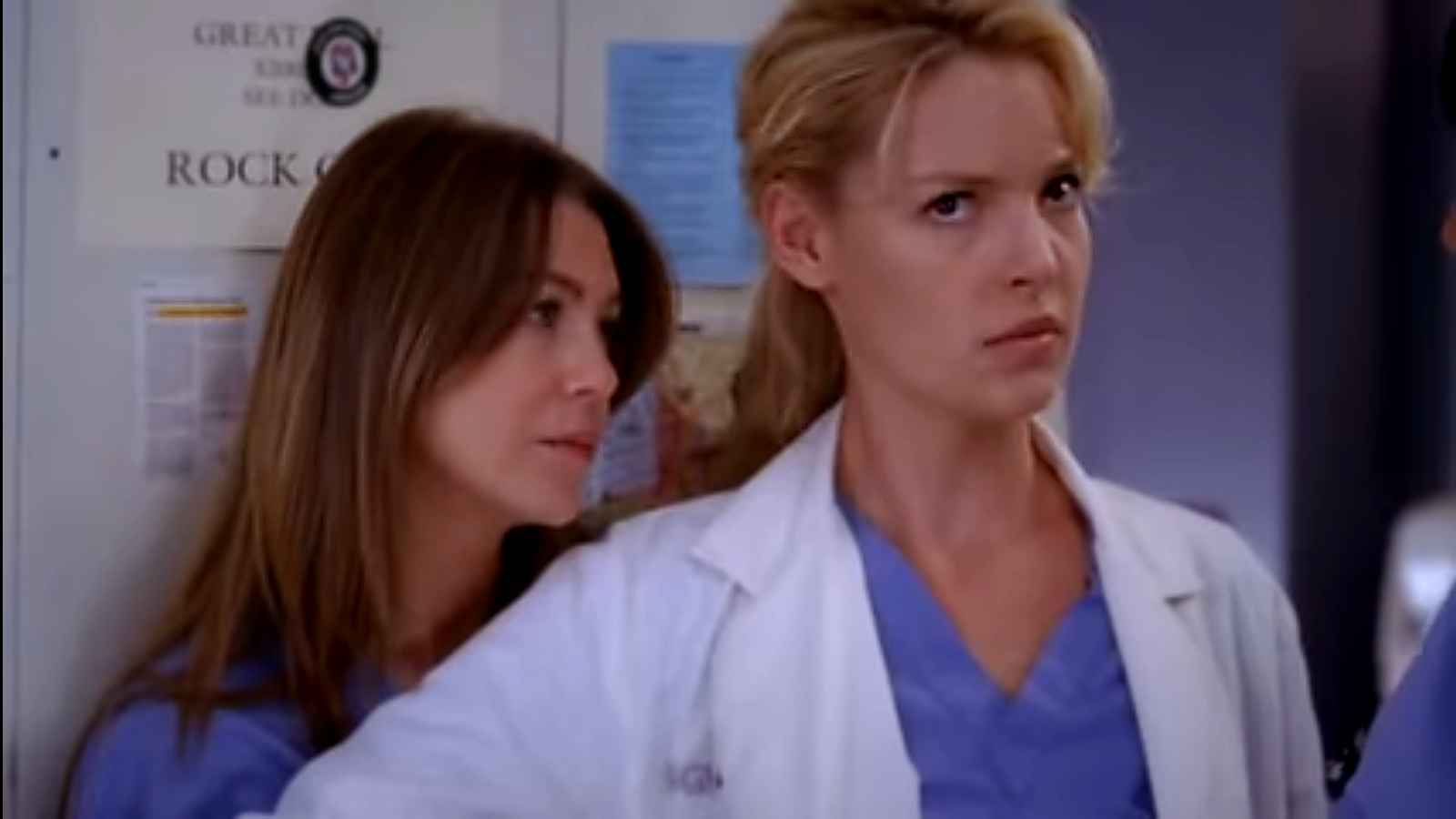 Grey’s Anatomy has recently aired dream scenes, where Patrick Dempsey appears as Derek Shepherd to Ellen Pompeo’s Meredith Grey. After this, Pompeo teased that other fan favorites could return. Following Thursday’s episode, a teaser hinted that another person from Meredith’s past is set to return. Ellen has continued to toy with fans’ emotions by sending a tweeted image of Katherine Heigl as Izzie Stevens.

Shortly before Thursday’s episode, Ellen Pompeo shared a GIF of herself as Meredith Grey, playing around with Katherine Heigl’s character, Dr. Izzie Stevens. It has been a decade since Izzie left the show. However, Ellen captioned the GIF with the words, “Hey it’s Grey’s day!!!” The image shows them goofing off with the quote, “Dude, she went all cage fight on you.”

Following Patrick Dempsey’s return from the dead in a “COVID dream,” fans instantly got excited to know who else could return. Due to the Thanksgiving holiday, fans will have to wait an extra week to find out what happens next. However, a new clip from the upcoming episode shows Meredith calling out “Excuse me!” to someone on that beach.

Grey’s Anatomy is BACK in two weeks!
Who else is coming to the beach?!😭❤️ pic.twitter.com/A2z2pLl454

Admittedly, Dr. Izzie Stevens didn’t die on the show, but many fans believe Pompeo’s GIF points to a possible return of Katherine Heigl. One commented, “Izzie’s gonna come back and her and jo are gonna fight that’s what this gif means.” As noted by ET, another fan theorized that it could be either Callie or Izzie returning to the show.

While Ellen wasn’t directly addressing their speculation about Izzie, she did tweet, “If you really think about it… there’s a lot of people it could be.”

"And we will be okay. We will do this. Together." #GreysAnatomy pic.twitter.com/tL4fTbJpW3

Other contenders for Meredith’s COVID dreams

Among the possible returnees are Meredith’s late dad, Thatcher (Jeff Perry), or her mother, Ellis Grey (Kate Burton). Family members would make sense, under the circumstances.  Besides Katherine Heigl as Dr. Izzie Stevens, there are a number of other possibilities. These include Dr. George O’Malley (T.R. Knight) who died in 2009 and Dr. Lexie Grey (Chyler Leigh), Mer’s sister, who died in 2012.  Some fans are hoping that McSteamy – Dr. Mark Sloan (Eric Dane) who died in 2012 will make a comeback.

However, there’s more to choose from. Of the living characters that have left Grey’s Anatomy, Cristina Yang (Sandra Oh) is a huge fan favorite. However, there is also a loving couple that fans would like to see again in the form of Dr. Arizona Robbins (Jessica Capshaw) and Dr. Callie Torres (Sara Ramirez). More recent characters to leave the ABC show include Mer’s best pal, Dr. Alex Karev (Justin Chambers) and Dr. April Kepner (Sarah Drew).

As mentioned above, due to Thanksgiving, Grey’s Anatomy won’t air again until December 3 on ABC at 9 pm ET.