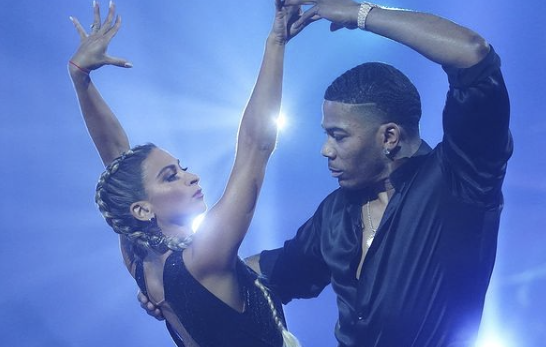 If we’ve learned anything from watching DWTS over the years, it’s that fans control the show. Each week, fans vote for who they want to keep in the competition. And sometimes, the contestants fans vote to keep aren’t always the best performers.

This year, Dancing With The Stars viewers are livid about the final four. Most people expected Kaitlyn Bristowe and Nev Schulman to make it in. Plenty of others also expected to see Justina Machado in the finale. But, hardly anyone expected Nelly to be there too. Especially since giving Nelly a spot in the finals took the spot away from either Johnny Weir or Skai Jackson.

But Nelly Is Still Part Of DWTS For A Reason

Nelly is charismatic and easily captivates fans. He definitely improved a lot during his run on the show, but fans don’t feel that it was enough to get him into the finale. Olympic figure skater Johnny Weir scored several perfect 30s during his time on the show, and he still went home in 6th place.

DWTS fans think Johnny and Skai deserved that final spot over Nelly. And many are threatening to boycott. If you glance through social media right now, you’ll see threads lit up with outraged fans.

HOW WAS SKAI ELIMINATED WITH NELLY STILL THERE HUH #DWTS pic.twitter.com/8dhd9ulmH1

This isn’t the first time a situation like this happened. In DWTS Season 27, Bobby Bones and Sharna Burgess took home the Mirrorball Trophy. The couple scored significantly lower than other contestants. Many were certain Milo Manheim and Witney Carson would take first place that year, but it didn’t happen.

Remember, at the end of the day, the fans control who stays and who goes. But this “popularity contest” style doesn’t sit well with everyone.

Other Competitors Feel That The Competition Isn’t Fair

When Johnny Weir left last Monday, he was understandably upset. He consistently improved and earned perfect scores, but at the end of the day, he struggled to win over fans. In exit interviews, he accused DWTS of being a popularity contest.

“It hurts a lot because it definitely feels like a popularity contest more so than a dance contest but that’s part of it,” Johnny said to Us Weekly after Monday’s episode. “I knew what I was signing up for. I can say wholeheartedly that I would always prefer to be myself than be popular.”

Pro dancer Cheryl Burke also expressed similar sentiments after she and Backstreet Boy AJ McLean left the show. They got such positive feedback from judges that she really thought they would be in at least the semifinals. Cheryl was so sure, she even choreographed AJ’s next two dances.

So what do you think? Is DWTS too much of a popularity contest for your liking? Will you watch the finale anyway, or do you plan to boycott too? Let us know what you think in the comments. If you do plan to watch, the finale starts at 8 PM eastern time tomorrow night on ABC.

Chris Harrison Responds To Matt James, Rachael Kirkconnell Dating, Plus Is He Watching Katie?
Isabel Roloff Answers Burning Question About Son’s Eating Habits
Netflix Original Series ‘Echoes’ From The Man Behind ’13 Reasons Why’
‘LPBW’ Tough Jackson Roloff Shows Dad What He Is Made Of
Netflix’s ‘Hache’ Season 3: Canceled Or Renewed?