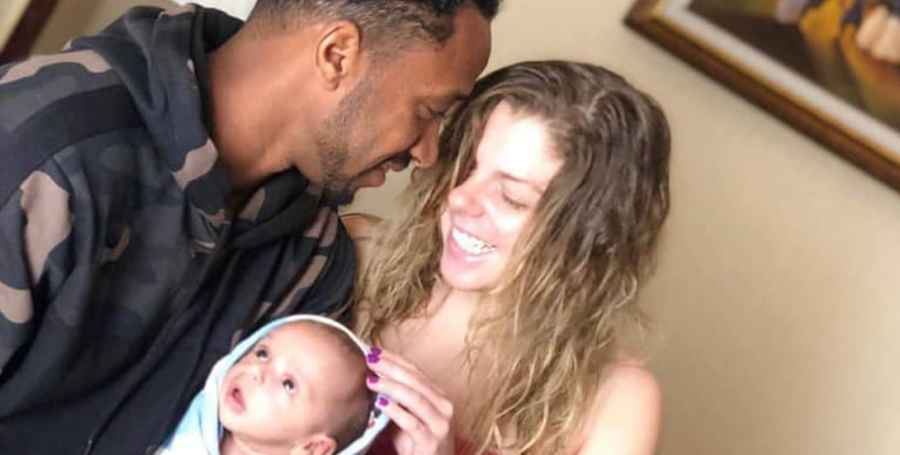 The baptism ceremony is finally here in Sunday’s episode of 90 Day Fiance: The Other Way. While Ariela did agree to have Aviel baptized, she is clearly not happy with the ceremony. In a teaser clip released by ET, fans can see the ceremony as it happens.

Biniyam hasn’t told Ariela what to expect from the baptism and she wasn’t really sure what was going on. Weinberg says the priest is looking at her and she obviously looks different from everyone else. Ariela mentions the smoke and incense wafting in the air before the priest unexpectedly shoves a bible in her face.

Last week on 90 Day Fiance: The Other Way, Ariela got into an argument with Biniyam’s sisters.  Ariela is uncomfortable with the idea of Christianity, because she doesn’t believe in hell. In fact, she doesn’t want the subject of hell brought up in her baby’s life. Dr. Weinberg was also shocked to find out Aviel was to be baptized. He believed Avi would be raised in the Jewish faith and that Ariela is being “forced upon.”

Ariela noted at that time that she was finally okay with the baptism. She said it just involves putting Avi in some water and holding a party for him. However, Ariela’s mom pointed out that when a baby is baptized, he is baptized into that faith. Watch the teaser clip on ET’s website.

90 Day Fiance has also posted a teaser clip from Sunday’s upcoming episode. In the clip, Ariela and Biniyam take her parents on a tour of their apartment. Her parents launch one insult after another as they tour each room. In this case, it is clearly Biniyam that is uncomfortable.

Compared to how many live in Ethiopia, Ariela and Biniyam’s apartment isn’t really that bad. It is small but does have the basic amenities. It is surprising, particularly, to hear Janice insult their choice of a home. Unlike her husband who doesn’t travel, she has more understanding of Ethiopia and its culture. Maybe TLC wanted to make this scene more dramatic for fans, but it comes across as purely nasty.

90 Day Fiance: The Other Way airs Sundays at 8 pm ET on TLC.