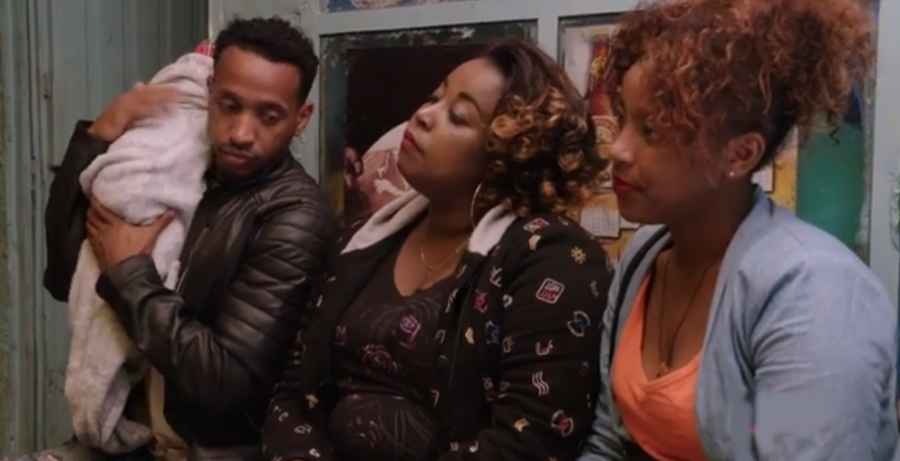 In a teaser clip from Sunday’s episode of 90 Day Fiance: The Other Way, Ariela gets into a heated argument with Biniyam’s sisters. The argument is about baby Aviel’s baptism and unfortunately happens in front of her parents. They have traveled to Ethiopia from New Jersey to meet their new grandson, Aviel, and knew nothing of the baptism controversy.

Right from the start, Ariela and Biniyam have had issues relating to their cultural and religious differences. Ariela is of the Jewish faith, while Biniyam is an Ethiopian Orthodox Christian. He and his sisters have pushed Ariela to have Aviel baptized into their faith. At first, Ariela refused but eventually gave in. In the meantime, she hadn’t told her parents about the baptism and they were in shock.

Ariela’s father is Jewish and said she had told him that Aviel would be brought up in the Jewish faith. In the teaser clip below, he says he feels she is being “forced upon.” Meanwhile, Ariela’s Catholic mother is also shocked by the news.

Ariela says no talk of hell

Ariela said there was nothing to the baptism. She said they were only going to put Avi in water and then have a party to celebrate. However, it turns out it isn’t that simple. Her mom told her that should they baptize Aviel, it would be in Ariela’s faith.

Ariela said she feels Biniyam’s family is forcing the baptism onto Aviel. The sisters believe that, according to their religion, if the baby baptism doesn’t happen, he will go to “straight to hell.” This is a word that Ariela particularly hates.

In an earlier episode of 90 Day Fiance, Ariela had already explained that she was uncomfortable with Christianity, as she doesn’t believe in hell. She said she doesn’t want the word ‘hell’ in Aviel’s life. Ariela told his sisters that she had already said, if she catches them using it, this would be one reason why she would leave.

This caused a major blow-up with Biniyam’s sisters, who told her she is acting like Biniyam’s former American wife. She had left and taken his son with her. Ariela was truly angry. She said the comparison to his ex-wife was “f**ked up.” She turned to Biniyam, asking if he was going to let his sisters talk to her like that.

In an interview with ET last month, Ariela addressed the fact that Biniyam has a son with his former wife. They are no longer in contact, as she went back to America after their split. The 90 Day Fiance star said she would like Aviel to have a relationship with his half-brother.

The TLC reality star said that as she gets older, she realizes the importance of family and knowing where you came from. Ariela said she obviously wants Aviel to know about his culture and his place in the world. This means him knowing his extended family and knowing he has a brother in America.

Keep up with Ariela and Biniyam on 90 Day Fiance: The Other Way on TLC, Sundays at 8 pm ET.