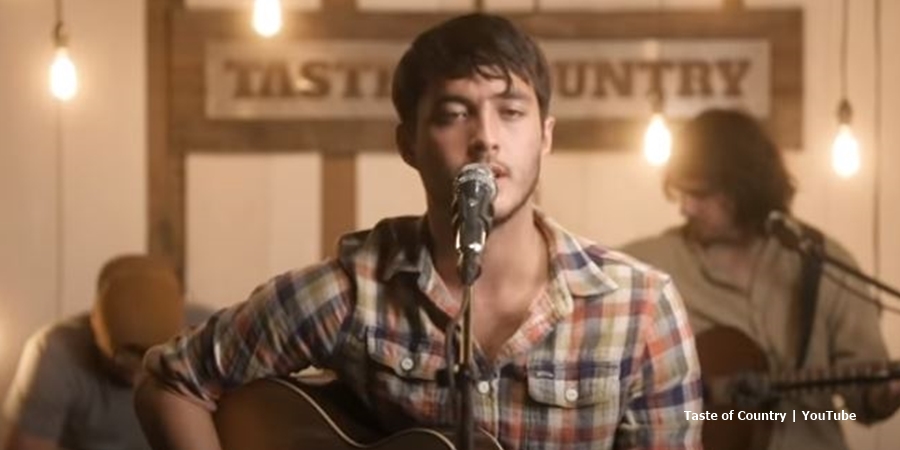 Laine Hardy, American Idol winner from Season 17 just put out an acoustic version of “Please Come Home for Christmas.” And, he selected the version by the Eagles. Apparently, he rocks the seasonal jingle rather well. It’s the season for it after all, and news arrived that fellow contestant and 90 Day Fiance alum, Evelyn Cormier drops a single soon.

The Christmas season brings lots of opportunities for musical artists to get their followers to open their wallets. Now, big and small artists pop up with their versions of older songs, and sometimes originals. We reported on November 19, that Evelyn Cormier drops a new single on November 27. Original,  her song, titled “It’s Christmastime Again,” arrives on November 27. Notably, her husband noted the song comes on all online platforms. Now, news came that Laine performed “Please Come Home for Christmas.”

Taste of Country reported that American Idol winner, Laine Hardy one of their “RISER” stars, rocked his acoustic version of the song. Additionally, they noted that Laine’s “closing 2020 with a bang.” Plus, he recently “performed at the Ryman Auditorium.” There, he “released several songs, including “Tiny Town” and ‘Ground I Grew Up On.” Later, the site popped the video up on YouTube.

Fans react to the version by Laine

Within a few hours of sharing the song on YouTube, about 2k people watched it. Of course, fans of the young star posted up their comments. So, here’s what some of them said about it:

Actually, even those fans of Laine Hardy who hate Christmassy songs liked his version and his talent.

Almost any song sounds good with the RISER

On YouTube, a few comments came in about how Laine rocks almost any song he sings. A rising country star now, who remembers how he shocked the judges? Actually, he performed well with his Beatles number, “Hey Jude.” And nobody expected that! Then, showing his flexibility, he took away “Oo-De-Lally” from Robin Hood. That came on American Idol‘s Top 10 Performance Disney Night. Plus, the judges Katy Perry and Lione Richie, said for the first time with conviction, that he might win. Of course, Laine Hardy managed just that.

What did you think of Laine’s version of “Please Come Home For Christmas?” Sound off in the comments below.