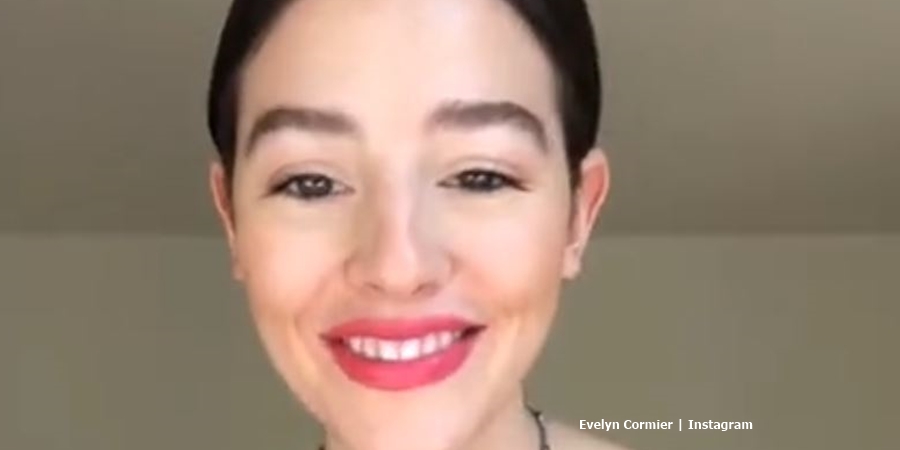 90 Day Fiance fans might not recall Evelyn Cormier. She featured in Season 5 of the TLC show with David Vazquez Zermeno. But, fans of American Idol might recall her from Season 17. In fact, she and David moved to LA for her music career. Now, she announced that she drops a Christmas single later this month.

Evelyn started a band, and that’s how the TLC couple met. David saw her Facebook page and slid into her DMs. He lived in Grenada in Spain. They both seemed compatible as they shared the same Christian values. They ended up married and apparently live happily ever after. Actually, fans knew about her musical aspirations when they saw her in the TLC show.

Not much drama came from the couple on 90 Day Fiance couple. In fact, their drama seemed mainly related to David objecting to life in a small town. We reported that when Evelyn Cormier made it to American Idol, she impressed the judges. And during her audition, she seemed very confident. “Lionel Richie noticed her wedding ring, and Evelyn explained she had her first wedding anniversary a week before.”

Reality TV World reported that Evelyn made it through Season 17 of Idol until the Top 10. Her elimination came in the Top 14 round. Taking to her Instagram on November 16, she shared a very short clip. In it, she played Christmas music and wore what looked like an elf hat.  Then, she shared what looked like an album cover. Her caption just read, “November 27th 🎄.”

Some people asked her if she drops a single on that date, And, she confirmed it. Plus, you can get her music pretty much everywhere. The 90 Day Fiance alum noted in the comments, “My original Christmas song, ‘It’s Christmastime Again’, will be available everywhere on November 27th! 🙏🏻✨🎄🌟🎁.”

Later, the @90daythemelanatedway account shared the same post. In the comments, few people asked about her music. But one fan said something very nice. They wrote, “Is her music on ITunes and Spotify? I would like to support her.😊” Well, Evelyn’s husband, David replied, saying, ” it is! And that’s really nice from you! ❤️”

Other 90 Day Fiance fans also like Evelyn Cormier’s music. And one of them commented, “I hope there’s new music coming from her. 🙏🏽 We truly need it. ❤️🎄.” Others agreed with them that she sings nicely. Actually, people who perform well in American Idol but drop out before the main finals sometimes struggle a bit with maintaining an audience for their music. So, it’s nice to know that there are people who support her efforts. Let us know in the comments if you ever attended one of her shows in Boston or LA.