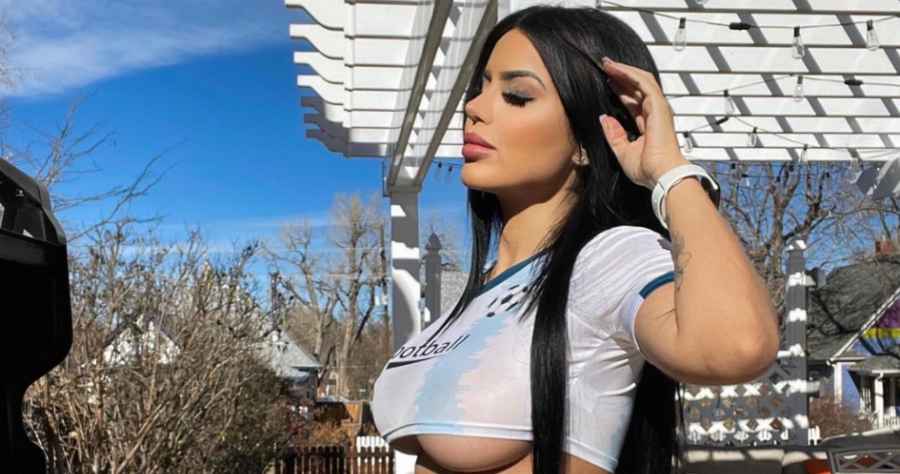 Fans will know about 90 Day Fiance star Larissa Lima’s many and varied plastic surgery and beauty treatments. On the TLC reality show, viewers were told that Eric Nichols had initially paid for the work. At that time, Larissa had told us she had paid him back with funds from her Cameo and OnlyFans accounts.  Following her break-up from Eric-e, Larissa has now revealed that he didn’t pay for her surgery. Her online earnings aside, fans now wonder if she is dating a richer man.

Rumor has it that 90 Day Fiance alums Larissa and Eric have split. They have been together most of the time since her divorce from her ex-husband Colt Johnson. Admittedly, there was the time when Larissa found out Eric had cheated on her and called the cops. Despite this, they did get together again.

As noted, Larissa did confirm that Eric played no part in her plastic surgery procedures. This was obviously TLC spicing the issue up. She reckons she paid for it all from her income from Cameo and her OnlyFans account.

Larissa Lima hasn’t had it easy

All along, the Brazilian beauty has seen multiple arrests, either for domestic abuse or relating to deportation. Larissa alleges that her Cameo account paid for her lawyers and made a comfortable living for her.

When it came to her plastic surgery, the bill was around $72,000, and Eric, a man with no job, was said to have paid this. Lima used her brand-new look to earn money on the adult site CamSoda, but this led to TLC firing her. However, she wasn’t worried about this, saying she doesn’t need 90 Day Fiance to pay her bills.

Everything seemed to be going well for Larissa and her boyfriend Eric. She even moved with him to Colorado to start a new life. Despite this, she has since deleted any sign of Eric from her Instagram feed. Meanwhile, Larissa continues to publish provocative images of her new and beautiful look.

In the meantime, Eric has started doing something similar. He keeps posting what he believes to be sexy images of himself, but meanwhile, fans find them hilarious. What is even funnier is the fact that Instagram itself found some of his photos too racy for their platform. Despite this, the image below did slip by.

Fans will remember Larissa mentioning the lack of intimate relations with Eric. This, and various affectations by the man, led to many fans believing he could be gay. Larissa obviously didn’t have the same problem with two of her Brazilian beaus, as each sired one of her two children.

As noted by Screen Rant, while Lima only hinted at her break-up with Eric, he has made his side of the split clear. He confirmed this by posting the words “Single N red-e 2 mingle” in a caption on Instagram. Whether or not Larissa is, indeed, looking for a richer man is so far unclear. However, if the Brazilian beauty is getting rich from her own endeavors, good luck to her!

Right now, fans can catch 90 Day Fiance: The Other Way on TLC on Sundays at 8 pm ET.