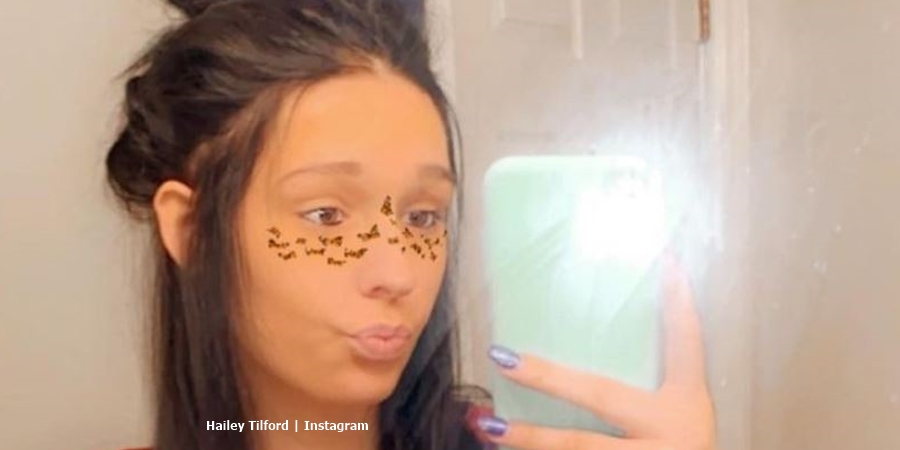 Unexpected fans thought that Cole Smith and Hailey Tilford made the cutest family together. But now, fears arise after she posted a cryptic message on Instagram on Monday, November 16. In fact, a few other clues might point to trouble in paradise. Did they split?

We reported that Hailey Tilford and Cole Smith might be the best thing that ever came out of the TLC show. Hailey posts on Instagram regularly, and we noted that almost daily, photos of her, baby Levi and Cole brought a serene and beautiful relationship. And in a difficult year, fans loved watching them blossom together. Most people just loved the way Cole stepped up as a replacement dad for Levi.

Recall, Hailey originally featured in the show as Hailey Tomlinson’s bestie. Back then, Matthew and Hailey Tomlinson split after Matthew became attracted to Hailey Tilford. Soon, during the Tell All, they announced that they expected a baby. However, the Unexpected love story took a twist when Matthew denied paternity. They broke up when Cole stepped in. Actually, they dated briefly long before Hailey and Matthew met.

Hailey shares a critic message – did they split?

On Monday, Hailey Tilford took to Instagram and shared a photo of herself. Her cryptic caption said, “You’ll miss me when you realize what you’ve lost✨.” Of course, that could refer to Matthew Blevins. The couple seldom says anything nice about each other, after all. But, fans suspected she possibly referred to Cole this time. And, some eagle-eyed followers notice a few other things.

One Unexpected fan wrote, “I really hope you and Cole are ok 💗.” And another one said, “I hope your okay don’t be afraid to reach out or talk to anyone your [sic] worth it❤️.” Others talked about how Hailey’s “got this,” and others told her, “keep your head up.” Of course, others asked straight out if they “broke up.” But Hailey never replied.

Fans continued discussing the possibility, and one fan pointed out that both “their bios” no longer feature each other. Previously, they both carried bios that referred to their family of three. And, it’s been a while since either of them shared photos of each other. One fan noted that may he “grew tired of playing baby daddy.” And one person snarked, “maybe he should of thought about that before coming back into her life KNOWING she had a child. 💜.”

Well, Unexpected fans who checked, can see that indeed, both of them removed references to each other from their profiles. But, a small glimmer of hope remains. If they go through issues, at least Hailey still follows Cole on Instagram. And, she kept a few photos of him on her page. If her critic message refers to problems between them, maybe it’s just a minor spat.