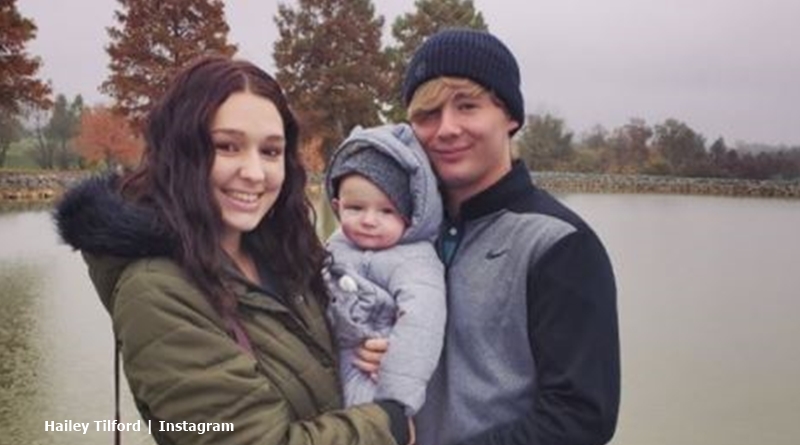 Unexpected fans never saw Cole Smith in the last season of the TLC show. In fact, he only appeared much later, when Hailey Tilford held her baby shower for little Levi. Around about that time, after a toxic relationship, Matthew Blevins denied paternity and dissed Cole. But, Hailey’s haters turned into fans when Cole stood by her and took over the role of daddy.

We reported that Hailey and Cole became Instagram official as a couple. And, they even talked about the possibility of marrying in the future. Although they dated briefly at high school, when Matthew bailed on Hailey, Cole and Hailey hooked up again. Both of them work, and they apparently moved into an apartment together. And, fans love that way they parent Levi.

Day by day, Cole becomes more popular with fans as they see this man care for Hailey and take on the responsibility of being a dad. In fact, in a year that brings so much bad news, many Unexpected fans love the way their love story plays out. Certainly, the unexpected twist of this young couple seemed a rather pleasant surprise. On October 27, one fan said on Instagram, “I love how cole…stepped up without hesitation to claim Levi as his own. 🥺 THERE ARE STILL GOOD PEOPLE IN THE WORLD🤍”

The couple might be the best outcome from the TLC show

Couples from the last season of the show split. Well, most of them anyway. McKayla Adkins and Caelan split. Then, Shayden Massey and Lexus split and he now fathered another daughter by another woman. Max and Chloe Mendoza went their separate ways, as did Rilah Ferrer and Anthony Vanelli. of course, Matthew Blevins broke it off with both Hailey Tilford and Hailey Tomlinson.

So, it looks like the best thing about the show ended up with Cole and Hailey Tilford together. And, their fans adore them. Notably, they don’t feature in season 3 and make their way in life without TLC. Fans of Unexpected also love the way that Hailey bloomed with motherhood. She dealt with it all maturely and her baby looks happy, secure, and healthy.

What fans say about Hailey and Cole together

On Tuesday, Hailey shared a photo of her and Cole all bundled up against the chilly weather. Between them, Levi cuddled up, and in the background, some ducks looked like they came over for a feed at a lake. Hailey just captioned it with, “family.” Many followers responded, and one said, “when y’all getting married? We need a 2020 good news story.”

Then, another Unexpected fan noted, “YES YES YES! This is literally everything. You guys are seriously the perfect little family.” Many fans also loved the photo and said so in the comments.

What do you think of Cole and Hailey Tiflord as a couple? Do you agree they might be the best thing that ever came of the Unexpected show on TLC? Sound off your thoughts in the comments below.