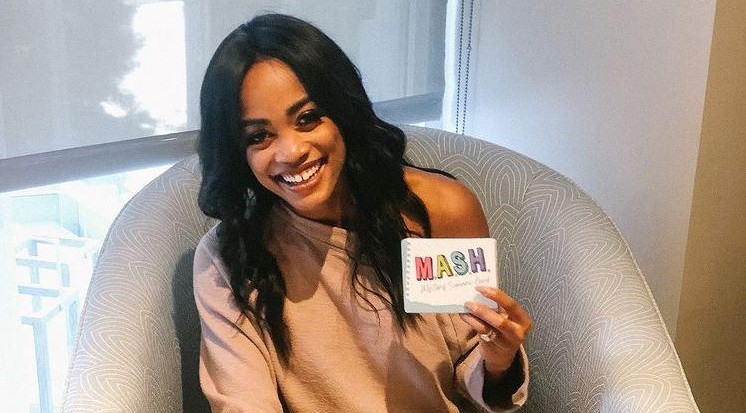 Clare Crawley and Dale Moss have endured a lot of criticism since becoming engaged on The Bachelorette. Many say it was too fast and they don’t know each other. While others insist they had to be talking prior to the show. However, former Bachelorette Rachel Lindsay spoke up in defense of Clare and Dale saying it may not be as quick as one thinks.

US Weekly caught up with Rachel and she dished on her thoughts involving Clare and Dale. She said being that they were quarantined in the same place was probably a good thing. She said they probably had more time together than other successful Bachelor couples.

Rachel said, “I think producers recognize that Clare was really into Dale and wanted to give her a fair chance to see if this is something that could work.”

Her thoughts when she found out they were engaged

Rachel said she was at the airport on the way to the La Quinta Resort in Palm Springs when she heard the news of their engagement. And, she wasn’t concerned in the least.

She said, “Was I concerned when I found out? No, because in being friends with Clare [I know that] Clare’s very matter-of-fact, she knows what she wants. She doesn’t need to waste her time. I think that’s the beauty of being 39 is having real experiences when it comes to relationships and love and Clare has that,” the “Higher Learning.” She continued, “So, when she knew what she wanted, why is she gonna play around with anything else? So, I was confident. I was like, ‘OK, good for Clare! Now, who are we bringing in?’”

She said both are a part of The Bachelorette text groups. And, she said there is nothing but love between all the ladies. There is a lot of congrats being offered. She also said it is a great community and they offer each other advice.

Rachel also addresses all the hate Clare has received. She said, “Clare went off, she fell in love. That’s the purpose of the show. It drives me crazy that people are mad at her because she didn’t follow a structure. So basically, you wanted her to fake it for a few more weeks when the whole purpose of the show is finding and love? And, Lord knows, we haven’t seen love stories these past few seasons. So, why are we now jumping on Clare for finding hers just because she didn’t follow the format?”

Rachel is right about the hate. Clare and Dale appear legitimately happy and in love. Here’s hoping they have an incredible future together as their journey continues.

Don’t miss Tayshia’s season of The Bachelorette tonight on ABC.