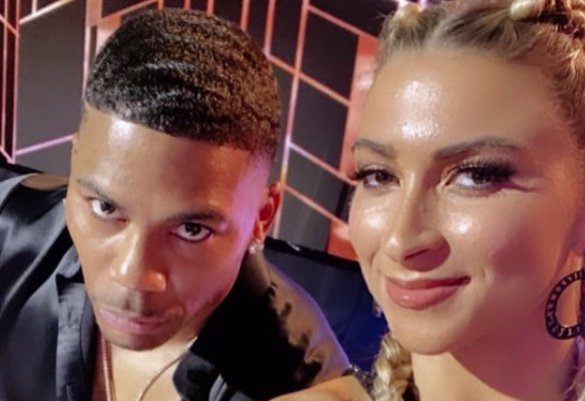 Nelly is practically unstoppable these days. The 46-year-old rapper recently secured a spot in the Dancing With The Stars finale and plans to perform on the show next week. It’s definitely going to be a spectacular night. But that isn’t the only thing on the Grammy winner’s schedule these days. This coming Sunday, he will also perform at the 2020 American Music Awards, hosted by Taraji P. Henson.

This year, Nelly celebrated the 20th anniversary of one of his biggest hits, “Country Grammar.” He plans to perform the song during the awards show, along with “E.I” and “Ride Wit Me.”

Even today, Nelly still releases new music. He recently released “Lil Bit” featuring country music sensation, Florida Georgia Line. If you haven’t heard it yet, you can do that here:

Other Amazing Performers Will Join Nelly

But Nelly isn’t the only performer lined up for the AMAs. Bell Biv DeVoe plans on performing their songs, “Do Me!” and “Poison.” This group won three AMAs themselves.

Are you excited about these amazing performances? Be sure to catch the American Music Awards live on ABC. Tune in at 9 PM eastern time on Sunday, November 22 and see all the excitement for yourself.

Who are you most excited to see?

The Rapper Surprises Fans On Dancing With The Stars

If you haven’t watched Dancing With The Stars much this season, you can catch the season finale on ABC at 8 PM eastern time on Monday, November 23. Whether Nelly wins or loses, he’s going to have a spectacular singing performance.

When Nelly first set foot on the Dancing With The Stars stage, not many thought he would make it this far. Throughout the season, he and his partner Daniella Karagach lingered toward the bottom of the pack. However, they continuously improve each and every week. Last night, they even earned a perfect score for their Jive.

Nelly and Daniella quickly became fan favorites. However, the rapper almost didn’t appear on the show at all. He revealed in a recent interview that he only had time to do the show this year because of the pandemic. And that makes plenty of sense. Plenty of other performers canceled tours and concerts this year.

Everyone is incredibly happy that Nelly had time for Dancing With The Stars this year. Even if he isn’t your favorite competitor, it’s a lot of fun to watch him on stage.

Will you watch the AMAs and Dancing With The Stars this week? Let us know in the comments. We’re always happy to hear from you!