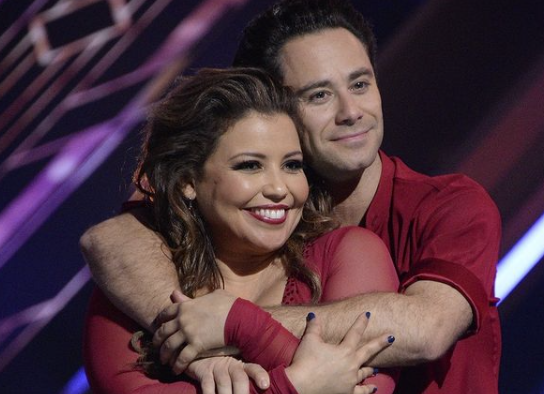 If you watched Dancing With The Stars this week, you probably didn’t realize one cast member was in excruciating pain. Professional dancer Sasha Farber injured his lower back in rehearsals. He almost didn’t think he could compete.

Sasha Farber Almost Sat Out And Called In A Substitute

ET reported that his partner, Justina Machado, practiced with pro Brandon Armstrong instead. Brandon and Jeannie Mai competed together until she dropped out due to a medical emergency. But at the very last minute, Sasha mustered all his strength and competed with Justina during the semifinals. The two performed a Tango and an amazing Contemporary number. They received a perfect 30 for the latter.

“That was a close call. I’ve never done that before and we didn’t do a dress run because I was lying here with my back,” Sasha told reporters from ET. “But these numbers are the numbers that would get her to the finale, and I wanted to make sure we did it together and the last nine weeks weren’t just for nothing. It was tough, I’m not going to lie, but we got through it.”

Justina added that Brandon stepped up to help. They ran through the dance several times together and waited to see if Sasha’s condition improved. Surprisingly enough, Sasha refused to take a cortisone shot. He took some anti-inflammatories to help, but he still hurts quite a bit.

“He’s still in incredible pain!” Justina said about her partner. “I would have taken that shot in a heartbeat.”

“I was very determined,” said Sasha. “There was nothing that was going to stop me.”

Will He Compete In The Season Finale?

Sasha Farber went on to say he hoped he would be well enough to compete in the finale, but they would just have to wait and see. Dancing through a severe injury could permanently cripple his professional dancing career.

“I don’t know how it happened,” Sasha explained. “I guess it was in the morning when we had rehearsals and then after I danced it was all good. Literally, when we went back to the trailer, it kept swelling and swelling and swelling, my lower back. I’ve never had any lower back problems so it was a little scary, but we got through it.”

Many fans predict either Nev Schulman or Kaitlyn Bristowe will take home the Mirrorball Trophy, but Justina and Sasha have a great shot too. What do you think will happen?

Don’t forget to tune into the championship round on Monday night. It all kicks off at 8 PM eastern time on ABC. If you want Sasha Farber and Justina Machado to win, you have to vote. Don’t miss out on a single second of the action!

‘Witcher’ Pendant-Wearing Olympian Superfan Wins Gold Medal
‘The Young and the Restless’ Spoilers, August 2-6: Phyllis Gets Everything She Needs
Uncle Dale Mills Encourages Danielle Busby To Wear Something ‘Skanky’
‘Bold And The Beautiful’ WOW! Finn’s Bio Mom Is A Forrester?
Lisa Rinna Stars In New ‘Days Of Our Lives: Beyond Salem’ For Peacock