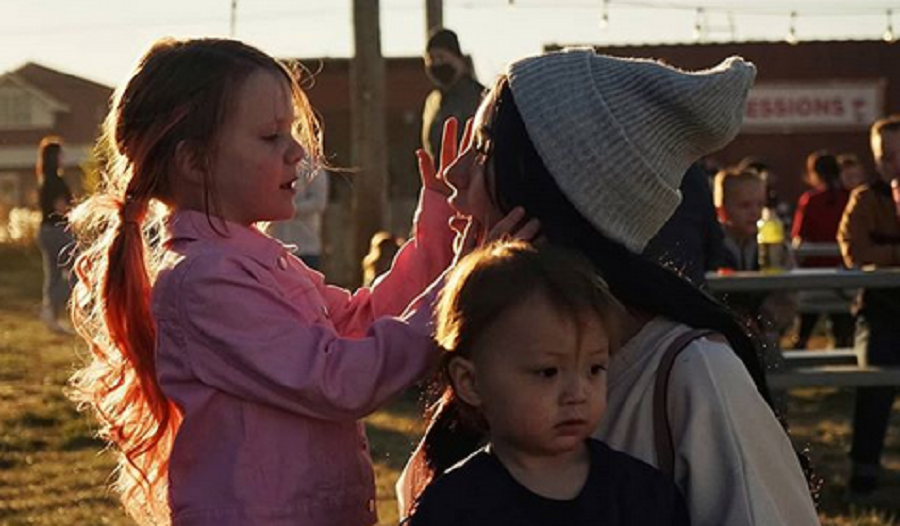 Deavan first appeared on Season 1 of 90 Day Fiance: The Other Way. She was a single mom who found love with estranged husband Jihoon Lee. Deavan quickly faced criticism for the way she handles her 5-year-old daughter. She even called Drascilla “rambunctious” on the show.

The criticism has stuck with the reality star for two seasons, especially when the child ran into traffic in South Korea. Now, Deavan is sharing her side of the story.

The 90 Day Fiance star isn’t to blame for Drascilla’s behavior. She claims the TLC producers are. She blamed the network and production crew for Drascilla’s “wild” behavior on the show. The model claimed that producers encouraged her daughter to eat sugar to make her more hyper.

“Producers who are constantly giving her sugar, who are constantly doing this and telling her to run around and do this stuff because it would be funny,” Deavan opened up to John Yates during a live chat. “So I don’t think people realize that’s the job of a producer.”

However, 90 Day Fiance fans don’t believe her. Over on Reddit, they claim that Drascilla is Deavan’s responsibility at the end of the day.

“Even if the producers tried to give her sugar and told her to behave badly, shouldn’t Deavan have acted like a f***ing parent and say that’s not appropriate?” one Redditor asked.

Others noticed that Deavan gives sugar Drascilla constantly, according to her Instagram Stories. Her child had to get dental work due to cavities. Unfortunately, Deavan’s son, Taeyang, has bottle rot from drinking juice.

“Isn’t she the one that gives hella juice?” another fan asked. “What a great way to burn bridges with the production company.”

“Funny how none of the other parents have said this about their children,” added a third one.

Some fans think it doesn’t make sense that production would try to make their own jobs more difficult.

The Utah native had a lengthy conversation with 90 Day Fiance blogger John Yates about her child. She even addressed the scene of Drascilla running away. She claims it was not the real footage of the incident.

“Of course that’s not what happened,” Deavan said. She added that the footage TLC used was from something that happened “an hour before the actual scene.” Deavan also revealed that Jihoon looked at his phone instead of watching Drascilla, who ran off.

Deavan and her daughter recently made headlines. She revealed that Drascilla was diagnosed with Bell’s Palsy. Her daughter told her she was unable to “move her smile” on one side. At first, she thought Drascilla was joking, but then she took her to the doctor.

The OnlyFans content creator hoped this would have generated more sympathy. But the naysayers haven’t let up yet. They still think Deavan is in the wrong.