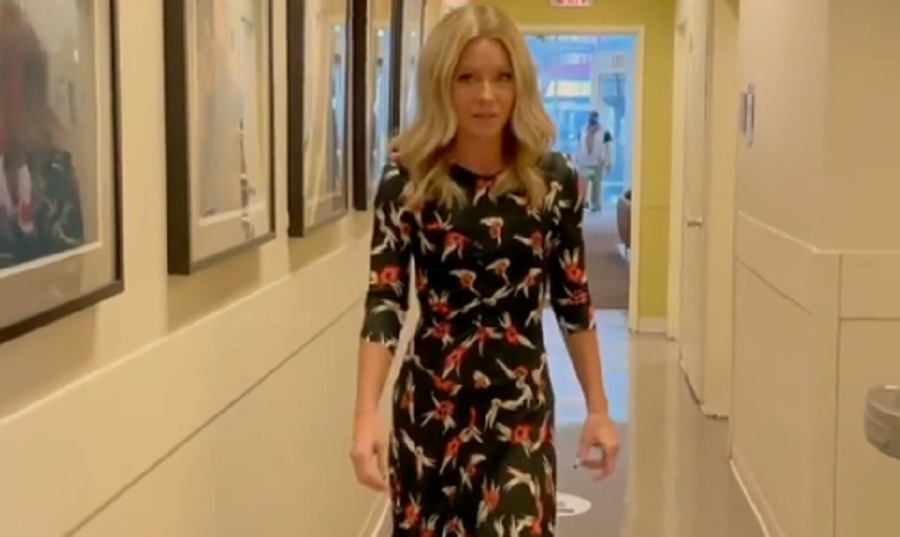 Fans are showing support for Kelly Ripa. As TV Shows Ace previously reported, some people are concerned about her behavior. Critics think she’s “extreme” and “over the top” on Live With Kelly and Ryan this past week. The 50-year-old has been slammed for her “hyper” personality.

Most of the criticism takes place on the show’s official Instagram account. Concerns over her behavior as well as her weight have increased. But now some of Kelly’s fans are defending the television personality. They recently fought back at some of her haters.

Read on to learn more about the ongoing controversy.

Viewers stormed the Live with Kelly and Ryan Instagram account. They noticed that Kelly Ripa hasn’t been acting like herself lately. Some of them attacked her for her “extreme” and “over the top” behavior. One noted that she’s been acting “hyper” lately, while another said they were “uncomfortable” watching her.

However, not all the comments are negative. One fan defended Kelly, writing, “If you don’t like her don’t watch!” Other viewers shared their support for the morning show host. “Kelly is great! Always” another user commented.

In a recent post, Kelly poked fun at her co-host, Ryan Seacrest, over his childhood lunches. One viewer wrote: “You were really extreme on the show this morning,” referring to Kelly’s behavior.

“It was uncomfortable to watch,” another fan agreed. But one person came to Kelly’s defense. “She blamed it on her 5:30 AM work out once Ryan said that he had done it this morning as well,” the viewer said in response to the accusations.

Other fans disagreed with the two trolls. “This made my morning,” added one fan. “You folks sure make the mornings brighter. Bravo!” another added. As for Kelly, she hasn’t responded to the backlash. Instead, she’s been leaning on the support of her family.

Ryan Seacrest is enjoying his time on Live With Kelly and Ryan. He recently got emotional when talking about Kelly Ripa, with who he’s worked since 2017. The duo is more than just co-workers. They’re also good friends.

Kelly shared her praise for Seacrest in a recent interview with Entertainment Tonight. She had nothing but kind words to say about the American Idol host. During the interview, she called Seacrest “humble” and “generous.” Seacrest was brought to tears by Kelly’s compliments.

“I’m using every ounce of energy to fight back tears right now, while she’s saying that,” Seacrest explained. “We do a live television show, but it’s not just a television show. We come in and we literally have our first cup of coffee together and catch up with each other as friends do, and that’s the dynamic we hope we have with people who are watching as well.”

Seacrest called Kelly “an amazing individual” and likened her to a mentor. Despite the backlash, Kelly is receiving a lot of support. What are your thoughts? Do you think Kelly’s behavior is concerning? Share your thoughts below in the comments section.