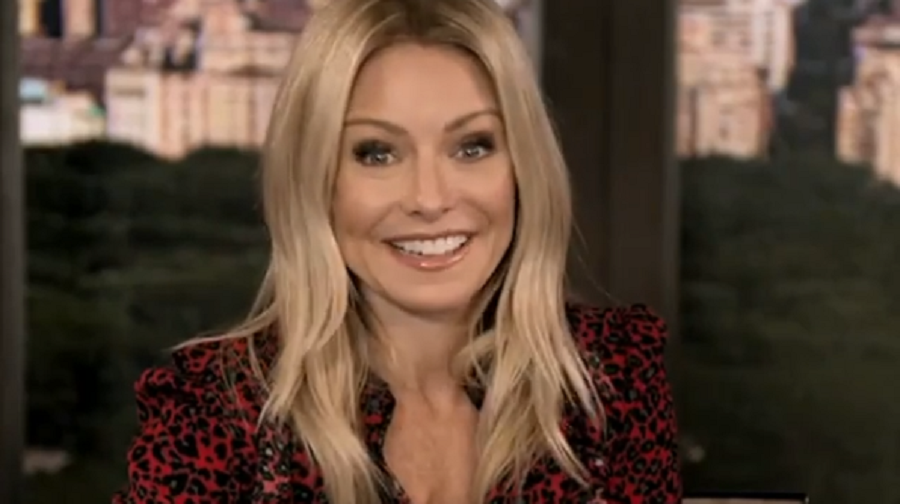 Kelly Ripa continues to concern fans. Not only is she sparking weight concerns, but she’s also sparking behavior concerns. Her family showed their support after fans commented on her “extreme” behavior on Live With Kelly and Ryan. Some of her followers think Kelly hasn’t been herself lately.

The Blast previously reported that viewers are concerned about Kelly’s behavior. They feel that she’s been acting unusual lately. Some think that a break from the morning talk show would do her some good. Other fans are wondering what’s “been wrong with Kelly” lately.

Now, she’s fighting back at the claims over her “extreme” behavior.

In a series of clips posted to the Live With Kelly and Ryan Instagram account, fans commented on Kelly Ripa and her behavior. They think she’s been acting “extreme” and “over the top” lately. One follower noticed how “hyper” she’s been acting lately. Another claimed that Kelly made them feel “uncomfortable” while watching the morning show.

The Instagram post in question shows Kelly smiling while remaining six-feet apart away from her guest, Jersey Shore star Jenni “JWOWW” Farley. On the other end was her co-host Ryan Seacrest. Viewers flocked to the comments section of the post.

“Omg … what has been wrong with Kelly the last couple of days,” one user asked. That same user claimed that she’s been “over the top” before adding examples of her behavior. The user noticed that Kelly’s “constant talking” is part of her “very hyper” personality lately.

Kelly hasn’t noticed the comments. She doesn’t care what her haters think, regardless of whether she reads them or not. She took to her Instagram Story after Friday’s show to prove that all she cares about is her family. Kelly shared a clip of a large bouquet of white roses.

In the video, Kelly tagged husband Mark Consuelos’s sister, Adriana Consuelos, along with her nieces. She added music from Ella Fitzgerald’s 1958 classic song “It’s a Lovely Day Today.” Kelly made it clear that she doesn’t care about the trolls who claim she’s been off her game lately.

This comes amid the constant weight concerns. Kelly Ripa fought back at body shamers who think she’s too skinny. The 50-year-old television personality is proud of her slender frame. She’s worked hard for it thanks to her healthy and active lifestyle.

Earlier this week, Kelly showed off a dress from one of her Live With Kelly and Ryan episodes. In the behind-the-scenes video on the show’s official Instagram account, Kelly showed off her small frame in the black Isabel Marant dress that featured a floral pattern She hiked it up to show off her legs.

Fans almost saw everything in the video. The caption read: “We’re live now! #KellysFashionFinder: Isabel Marant dress.” Fans flocked to the clip to comment on Kelly’s legs. But no one addressed the weight concerns that made headlines for weeks.

She received some backlash after she shared a throwback photo in a Wonder Woman costume from 2017. Followers claimed she was “too skinny” and told her to “eat something.” Earlier this year, she shared her daily diet, which also had fans concerned. They think she doesn’t eat enough protein throughout the day.