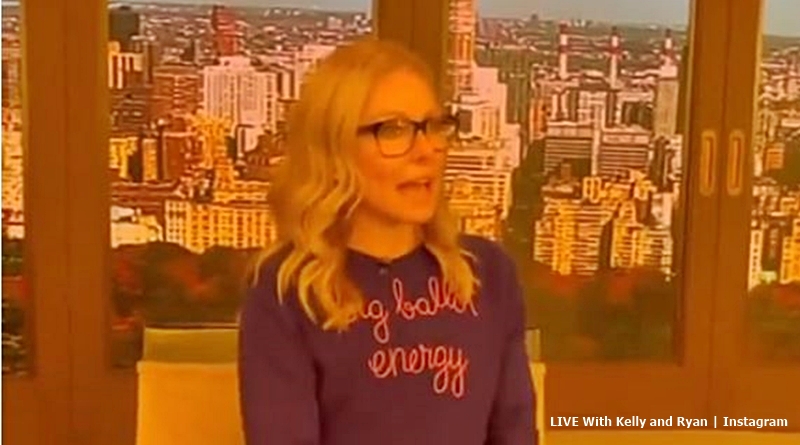 Kelly Ripa and her husband Mark Consuelos spend the election apart. He’s away in Canada filming until at least Christmas. But, it’s an important day for Kelly as she celebrates her daughter voting for the first time. However, she alarmed her fans on LIVE with Kelly and Ryan when she called herself “hideous.”

Pretty, always fashionable Kelly Ripa shocked her fans on Tuesday. On election day, she wore a sweater that certainly looked not tight-fitting. Plus, her long pink skirt looked like nothing special On the Live With Kelly and Ryans Instagram, she sat with a mirror in her hand. First, she described herself as looking “hideous!” But if that rocked you, wait a bit. Next, she looked at the mirror and her whole demeanour changed!

Her sweater turned out to have “Big Ballot Energy” on it. And when she looked at the mirror, she said, “What? Awe.” So, she didn’t look hideous after all. In fact, the 50-year-old looked very slim and attractive in her rather low-key outfit. But, they’re not cheap clothes and the caption explained she wore a “Lingua Franca Top,” a “Roland Mouret skirt,” and “Gianvito Rossi heels.” 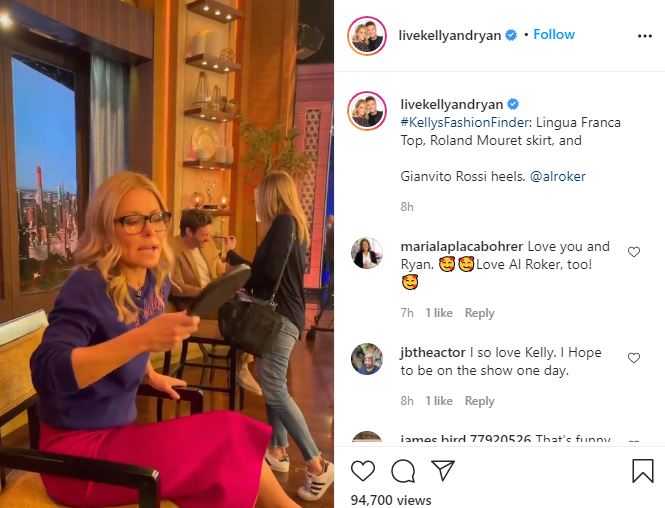 The Blast reported that on Halloween, some fans thought Kelly looked way too thin. And, some people felt she exhibits signs of a food problem. They cited one follower as saying, “Kelly you are adorable but I know one day we will read about your battle with food.'” Maybe that’s why Kelly joked about looking “hideous” on election day. In the comments section of the post on election day, fans reacted, as you can imagine.

One fan who appreciated the “hideous” joke said, “That’s funny.” And, another one noted, “Always pretty Kelly..love the shoes!!” Then, lots of people told her that she actually looks “beautiful.” Meanwhile, Al Roker also chipped in as he got tagged in the caption. He wrote, “I wish I had realized it was you!!! I was trying to decide whether to run in and get some for dinner. Love to Mark and Ryan. Smooches.”

Mark Consuelos so far away on this special election day

Giving love to Mark in person’s out of the question. We noted that they spoke together on FaceTime. And, one certain thing is that they “won’t be together to celebrate or mourn the outcome.” Even if the final results get delayed, that won’t help them out. Likely, the results come out before Christmas. While some people might envy Kelly Ripa’s lifestyle, it means that Mark travels a lot. And this year, the coronavirus keeps them apart.

What did you think about Kelly calling herself “hideous?” Did that shock you at first? Sound off in the comments below.