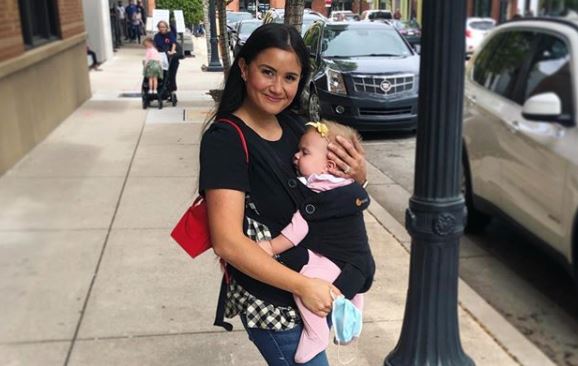 Catherine Lowe of The Bachelor fame spoke exclusively to TV Shows Ace about raising good children. Sean and Catherine Lowe met on reality television, but they are living their life as parents now.

Catherine Lowe has joined forces with Ivory to help what Catherine and her son Samuel like to call “grandmas and grandpas.” Catherine is putting together packages with Ivory products, blankets, puzzles and other great items then getting them to the elderly in her community. On Friday, they went around delivering these.

It turns out that Catherine is doing this along with her four-year-old son Samuel. It is a great way to teach him about helping others at such a young age. Catherine explained that she and Sean teach their kids to be good people. They want them to be kind. One way that they teach this is by showing them to wave at a stranger or compliment someone. This is a great way for Samuel to see the difference he can already make in someone’s life.

Are more babies on the way?

Catherine Lowe did share with TV Shows Ace that the baby-making factory isn’t closed just yet. The couple has also been looking into adoption. Right now, their kids keep them pretty busy. Samuel and Isiah are going to school a couple of days a week right now. Catherine said having three kids can be a “challenge and blessing.”

She did admit to being “obsessed” with Tayshia’s season of The Bachelorette. Sean doesn’t watch the show anymore. It is great to see Catherine still having fun and following along.

Don’t miss new episodes of The Bachelorette on Tuesday nights on ABC.

‘Young And The Restless’ Hunter King Breaks Silence On Social Media
Amy King Teases That Jill Duggar May Be Working On A Tell-All Book
Meri Brown Gets Cryptic About ‘Being Broken,’ Is She Alright?
’90 Day Fiance’ Molly Hopkins Is A BOMBSHELL After HUGE Weight Loss- See Pics
Todd Chrisley’s Daughter Lindsie On Rampage Amid Divorce, Cops Called