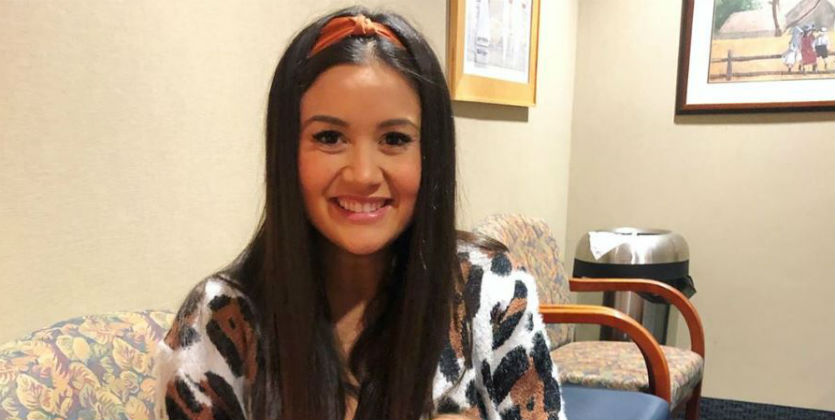 Hollywood Life was able to chat with Catherine about her thoughts on Peter’s season of The Bachelor. Catherine’s been busy taking care of her newborn daughter, along with her two sons. However, she is still keeping up with the current season of the show where she found her soul mate. She recently shard her thoughts on Hannah Brown’s return. Catherine thinks Hannah returning to the show to see Peter was all for the best.

Catherine said, “I thought, obviously, producers had a hand in that, but I also think that Hannah was confused and actually wanting to save something with Peter.” She went on to say Hannah and Peter really needed closure on their relationship.

She said, “I think that closure is a minute that Peter needed to have. It shouldn’t be cookie cutter. I thought that it was a genuine storyline that anything could happen. I think she had a plan to go on, but it became something more because there were actual feelings from both of them. It’s life.”

Her top picks for Peter this season

Catherine also spoke with She Knows recently and revealed her tops picks for Peter. She said she really likes Madison Prewett. Catherine also said she likes Victoria Paul. She went on to say she isn’t ruling out anyone just yet. She said they didn’t show her much until episode 4 and look where she is now. Not only did she win the final rose from Sean Lowe, she married him and now they have three children.

Catherine also spoke on the drama surrounding Alayah. She said the other women are going about it all wrong. They shouldn’t be using their 2-3 minutes of time with Peter to talk about the other women. She said personally it was not something she would choose to do. While she wouldn’t talk to Peter about all the drama, she did say if there is genuine concern about someone she understands why they bring it up.

S I X – Y 🥰 It’s been six years of having fun, learning, being challenged, becoming parents together, laughing, all while holding each other’s hands which is exactly what I hoped for when he got down on a knee. 🥰 Happy Anniversary my love! @seanloweksu

Catherine certainly knows what she is talking about. She met Sean during his season as The Bachelor seven years ago. Sean and Catherine married in 2014 in a televised ceremony. The two have been incredibly happy and now share three children. Their youngest was born in December, a daughter named Mia.

Fans love following Sean and Catherine on social media. They are always positive with a wonderful sense of humor. Plus, they do a great job of keeping fans in the loop on what’s going on in their lives. They are by far a huge fan favorite couple among Bachelor fans.

Don’t miss watching Peter continue his journey Monday nights on ABC. Will he find the kind of love that Sean and Catherine share? Stay tuned.