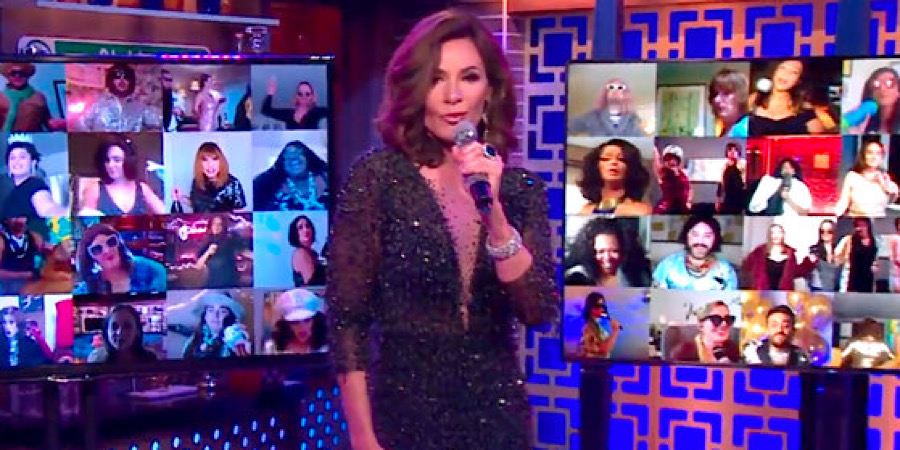 Luann de Lesseps started the RHONY franchise as a Countess. And now, DWTS is calling her name. But, throughout RHONY’s 12-season run, she has gone from author to singer to designer to bride to cabaret star.

But, we can’t forget her two stints in rehab after her second divorce. The first which came after she drunkenly assaulted a cop in Miami while the second came after a legal battle with her kids. Though Countess Luann’s cabaret was selling out, COVID put a halt to that. She’s been working on her memoir but it appears she has more entertainment up her sleeve.

Luann’s Connection to Dancing With the Stars

Off of parole and free to live her life, de Lesseps is ready to try new things. The 55-year-old Connecticut native is all for competing on DWTS. Luann has an emotional attachment to the show, she told PEOPLE. She watches it alongside her mother so it is great bonding.

“We love to talk about it. It’s our thing. I think that a lot of people bond over Housewives, but we bond over Dancing with the Stars. My mother is going to be 92 this December. So seeing me on the show would be her dream come true.”

And she has already chosen her dream partner: Gleb Savchenko “because he’s tall and he knows how to cha-cha-cha,” she said. Luann would not be the first housewife to compete but she would be the first New Yorker. Other housewives who’ve tried for the Mirror Ball Trophy are: Lisa Rinna, Lisa Vanderpump, Erika Jayne, Kim Fields, NeNe Leakes, and Kim Zolciak-Biermann.

Is The RHONY Countess Ready to Dance?

Cast mates and social media have had choice words about Luann’s singing. They’ve commented she would be nothing without auto-tune but her songs are nothing if not catchy. Most recently, she released “Viva La Diva” with Desmond Child and it seems to be all in good fun. Dancing, however, is another story.

She may have fans to support her but what about the moves to keep the judges happy? The Countess seems fairly confident: “I’m used to having to learn new moves for my show. I feel like this would be the perfect place for me to improve my dancing. I’m in pretty good shape. I really take care of my body — I have to for my cabaret shows and my tour. So this would just be the icing on the cake for me.“

DWTS is in its 29th season right now so Season 30 would be a milestone year for Luann. Currently, she is filming Season 13 of RHONY along with Ramona Singer, Sonja Morgan, Leah McSweeney and a few newbies she has grown close to. We all know Lu would be dancing to her own songs but do you think she is cut out for DWTS? Let is know!