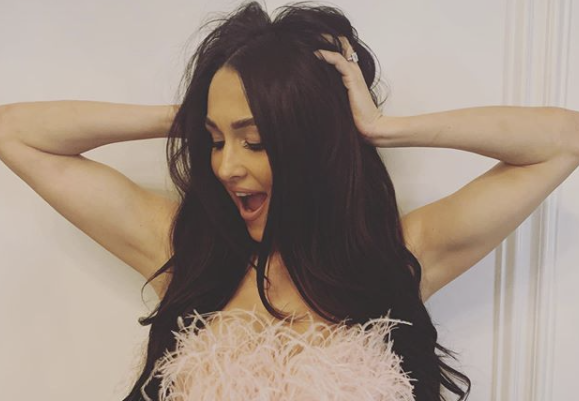 Are you an avid Dancing With The Stars fan? If so, you’ve probably kept up with all the drama this season. And you’re probably very aware of the on-screen feud between judge Carrie Ann Inaba and competitors Kaitlyn Bristowe and Artem Chigvintsev. Now, Artem’s fiancee Nikki Bella weighs in.

Thankfully, everyone seemed to move past the argument during Monday night’s episode. Carrie Ann gave Kaitlyn and Artem a perfect score and standing ovation. In their excitement, they ran up to hug her. Throughout the feud, fans were on Team Kaitlyn and Artem. But Nikki Bella and her sister Brie have a different point of view.

Nikki Bella Thinks Artem Brought It On Himself

“You know, it’s funny because Artem and I had a discussion about it. And I see it very different,” Nikki said in a recent interview. “I thought him and Kaitlyn were being a little out of line.”

“You decided to go to do a competition show. … You are going to be critiqued. People are dying of COVID. So for me, I was like, you guys are still getting good scores,” she continued. “She’s critiquing you. Like, I don’t know why you made this into such a personal feud. So I would actually stick up to Carrie Ann to Artem.”

The Dancing With The Stars semifinals are on Monday night. Hopefully, things will remain peaceful between Carrie Ann and Artem. Plenty of fans think Artem and Kaitlyn have a really good shot at the Mirrorball Trophy. Catfish host Nev Schulman and Jenna Johnson are likely their biggest competition.

Who do you think will win? Leave your ideas in the comments below.

Things Are A Little Rougher Behind The Scenes

Even though Nikki is proud of her fiance, she admits it’s been pretty tough since the newest Dancing With The Stars season began. Since giving birth to Matteo, Nikki Bella struggled through post-partum depression and body issues. She wishes Artem was home more, but it’s difficult due to his job. After DWTS ends in a few weeks, they’re headed to couple’s counseling.

“I would be lying to say, ‘Oh, it’s great.’ It has definitely been a struggle for us,” the former WWE superstar shared with the publication. “It’s hard. We have so many ups and downs. It’s been so difficult on our relationship because I need so much from him, but he’s, like, torn between his job that requires so much from him and then us at home,” the Total Bellas star admitted.

If you want to keep up with Brie and Nikki Bella, make sure to catch new episodes of Total Bellas on Thursdays at 9 PM eastern time. You won’t want to miss out on a single second of the new season.