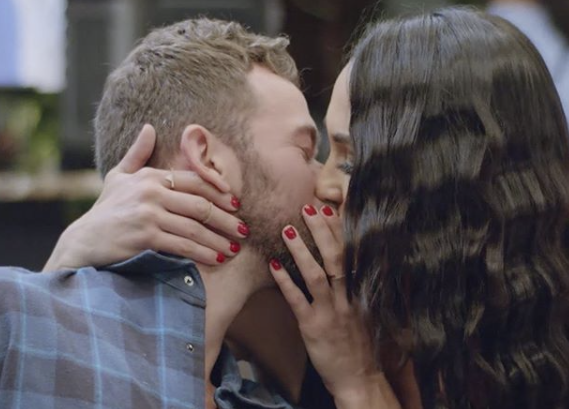 Having a baby can definitely change a relationship. Nikki Bella admitted before that she struggles with post-partum depression. But things apparently are getting worse since her fiance Artem Chigvintsev is busy with Dancing With The Stars. Nikki recently sat down with Us Weekly to discuss the issues in her relationship.

“I would be lying to say, ‘Oh, it’s great.’ It has definitely been a struggle for us,” the former WWE superstar shared with the publication. “It’s hard. We have so many ups and downs. It’s been so difficult on our relationship because I need so much from him, but he’s, like, torn between his job that requires so much from him and then us at home.”

Nikki also revealed that her twin sister Brie actually intervened at one point. Nikki hid so much of her feelings and depression from Artem that he had no clue it was happening. Brie ended up telling him everything. Since then, Nikki and Artem have tried to be more open and honest with one another.

I am so incredibly excited to have you all begin the journey to the most incredible moment of my life and @theartemc life. The journey to Matteo. Join us on that journey in two and a half hours, 9/8c only on E! ❤️ https://t.co/GwRsEBCDtz

But once Dancing With The Stars is over, the couple is headed to couple’s counseling. Fortunately, there are only a few more episodes left. Monday night is the semifinals. Artem and his partner Kaitlyn Bristowe have a pretty strong chance of making it to the finale, which is just a week later.

“After Dancing, we’re going to start classes as a couple because we’ve realized that we both feel like we’re not listening to each other,” Nikki continued. “We finally both just said, like, ‘We need to bring someone in to help us so we don’t get [back] into that place.’”

This seems like a positive step in the right direction. Every couple fights from time to time. They’re acknowledging there is an issue that needs to be fixed.

But What Happens If It Doesn’t Work Out?

Fans certainly hope the couple will work things out. Many grew a little concerned after the trailer for the new season dropped. In one clip, a family member seems to ask who will get custody of Matteo if the two split up. Without missing a beat, Nikki replies,

“Matteo would come with me because I’m the mother.”

This hints that the couple perhaps had relationship problems during the pregnancy too.

Do you think Nikki and Artem will work out the issues in their relationship? Or could this be the beginning of the end for the couple?

Total Bellas returns to E! tonight at 9 PM eastern time. Make sure to tune in and watch pregnancy and motherhood unfold for Nikki and Artem.

And if you love Dancing With The Stars, you can catch the semifinals on Monday night at 8 PM on ABC. Let us know what you think will happen on both shows in the comments.

Mama June Reveals HUGE Weight Gain & What She Will NEVER Do On TV
Anna Duggar Stays Silent On Social Media Amid Josh Duggar’s Arrest
‘Teen Mom’ Kailyn Lowry & Her Exes Are Parting Ways
‘The Conners’ Season 4: Is It Canceled Or Renewed?
Did Amy King Know That Josh Duggar’s Arrest Was Coming?