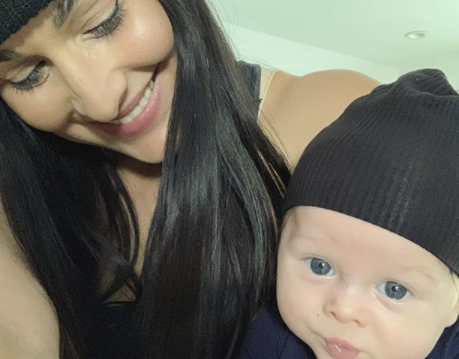 Total Bellas Season 6 premieres next Thursday night. Are you ready? This season will follow Brie and Nikki Bella as they continue their pregnancy journeys. A new promo for the season features plenty of dramatic highlights. One thing is certain — fans are in for an incredible ride.

Now, we all know that Brie and Nikki both delivered healthy baby boys during the summer. The “Bella Boys” were born just a day apart. If you follow the twins and their partners on social media, it seems that everyone is happy and healthy. However, that may not always have been the case.

If Nikki And Artem Break Up, Who Gets Custody Of Matteo?

At one point in the Season 6 trailer, someone seems to ask what might happen to the baby if Nikki and her fiance, Artem Chigvintsev, split up.

Almost immediately, Nikki replies, “Matteo would come with me because I’m the mother.” Artem looks on in the background as if quietly contemplating the situation. Was there a point during the pregnancy when Nikki and Artem considered splitting up? Fans will have to stay tuned to find out.

Fortunately, that doesn’t seem like it’s going to be an issue. Artem and Nikki constantly post adorable photos of their family life on Instagram. Artem is currently competing on Dancing With The Stars, and Nikki cheers him on week after week and encourages fans to vote for him from her social media pages.

If you follow Artem on Instagram, you can easily see he loves fatherhood. He also loves competing on DWTS, but really misses spending time with Nikki and Matteo while he is away. 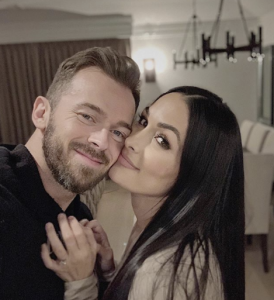 The new season of Total Bellas has no shortage of drama and chaos. Pregnancy in the middle of a global pandemic is never easy, but that wasn’t the only challenge the Bella twins faced this summer. Their mother, Kathy Laurinaitis, had brain surgery to tackle a tumor back in June. Fortunately, the sisters said their mother is recovering.

And that’s not the only health scare the family faced.

In the trailer, we see Nikki and Artem learning the hard news that Matteo could have some heart complications. Just a few frames later, we see Nikki clearly struggling during her labor. Fans know that everything is fine now, but the new season will give them a closer look at all the hardships that went on behind the scenes.

If you haven’t had a chance to see the trailer yet, you can see that here:

The new season is just under a week away. Soon, you can tune into E! and catch up with Nikki, Brie, and the rest of the family. Which part are you most excited about? Total Bellas returns at 9 PM eastern time on November 12. You won’t want to miss out on a single moment.