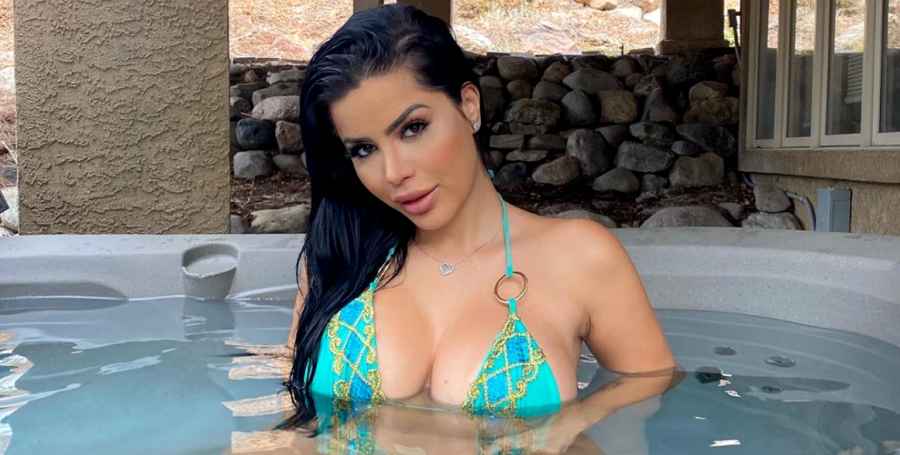 TLC fired 90 Day Fiance alum Larissa Dos Santos Lima for her adult footage on CamSoda. Since then, hints have been sneaking out about her time on the reality TV show. In a recent Instagram Q&A, Larissa answered many questions. She mostly kept quiet about her relationship with Eric Nichols, besides answering a question about marriage with “No.” However, she did allege that certain elements of her final season were faked by TLC.

As 90 Day Fiance fans will recall, Larissa’s last stint on 90 Day Fiance: Happily Ever After? involved her reconciling with Eric. They had previously broken up but were now allegedly happy together. The season also included Larissa asking Eric to pay for a $72,000 plastic surgery bill. The TLC reality star wanted to revamp her face and body. Many believed she was getting a revenge body after her nasty divorce from Colt Johnson (and his mom Debbie).

Anyway, Eric allegedly agreed to pay for the treatments, as long as they could come to an “arrangement.” This reportedly covered anything from Larissa paying him interest to giving Eric “special privileges.” As far as fans knew, Larissa had then paid Eric back in full with proceeds from her OnlyFans account.

TLC and the plastic surgery

Now, as rumors swirl that Larissa and Eric have once again split, she held an Instagram Q&A for fans. Along the way, one fan asked whether she had paid Eric back for the plastic surgery. Her response was surprising, to say the least. She wrote, “The surgery thing was created by the show to get people talking about.”

This confused fans at first. English is Larissa’s second language, but still, it sounds clear. Fans know Larissa didn’t fake the plastic surgery, as it is clear to see from her images. Reading between the lines, fans decided the reality star is alleging that the whole Eric paying for Larissa’s surgery thing was faked. They believed TLC had done this to create more drama and interest for fans, as they often do.

So who paid for the plastic surgery?

As noted by Cinema Blend, TLC has so far made no statement about the rumors. However, it does sound strange that Eric would have paid out so much money for Larissa’s surgery after only having recently gotten back together. However, this statement did grab fans’ interest. So much so, another fan asked who paid for the surgeries, if it wasn’t Eric? Larissa immediately responded in a surprising way. She wrote, “I paid myself. I always have income. My Cameos was $100.”

Larissa was probably making good money on Cameo at $100 a head, but was it enough to cover a $72,000 surgery bill? We already know TLC pays cast members little, so that wouldn’t help much, which makes this a little suspicious. Let’s keep our eyes peeled for other allegations on Larissa’s Instagram and wait to see if TLC responds.