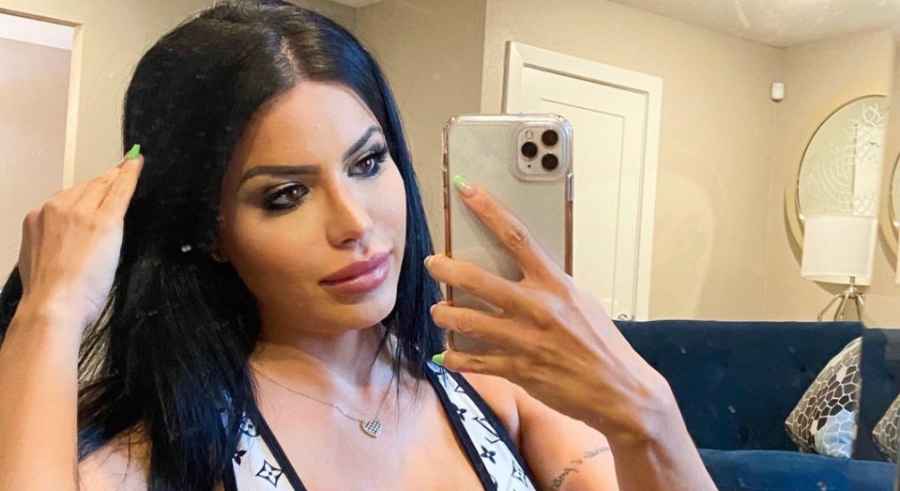 Larissa Dos Santos Lima has had a rough time since first starring on 90 Day Fiance: Happily Ever After? First, there was the divorce from her former husband, Colt Johnson. Then, Larissa got it into her head to redo virtually her whole body. She has also battled ICE and the threat of deportation.

Besides this, Larissa got fired by TLC for a cam show performance she did on an adult website. This isn’t all, however, as now it looks like there is potential trouble in paradise with her latest boyfriend, Eric Nichols.

A number of hints online seem to indicate that Larissa is no longer with Eric. One of these hints is the fact Larissa has removed all images of her and Eric Nichols from her Instagram. Another sign comes from an Instagram Q&A Larissa had with her fans.

Fans generally asked her about getting onto OnlyFans and wanted updates about her life. One fan asked if she was planning to marry Eric. Larissa responded with a single word reply, “No.” The couple was supposed to be totally in love when they moved to Colorado. This is despite the fact that Eric’s mom, like Colt’s, is named Debbie!

As noted by Cinema Blend, Larissa has faced a barrage of hate on Instagram in the past. This includes the subject of her endless plastic surgeries. When Eric and Larissa were still on 90 Day Fiance: Happily Ever After? Eric had paid for her $72k plastic surgery. Larissa then reportedly paid him back, but in the meantime, made her CamSoda video, which led to her firing.

According to Larissa’s Instagram Story, she is well and truly out of the 90 Day Fiance franchise. She even hinted that the plastic surgery was TLC’s idea. In fact, she even said Eric never helped with the money and that she had paid for the treatment herself. Sometimes it is truly difficult to find out the truth of a “reality” show.

However, there is something else that could have caused changes in their relationship. Eric has recently posted allegedly “sexy” images of himself on Instagram. In fact, Instagram itself found some of them were against their community guidelines. Maybe Larissa was embarrassed by this and wanted things to be more private? It is possible that she is hiding her relationship with Eric from the haters. However, fans will have to wait and see what turns up on her Instagram in the future.

Fans can currently catch the drama on 90 Day Fiance: The Other Way which airs on TLC on Sundays at 8 pm ET.