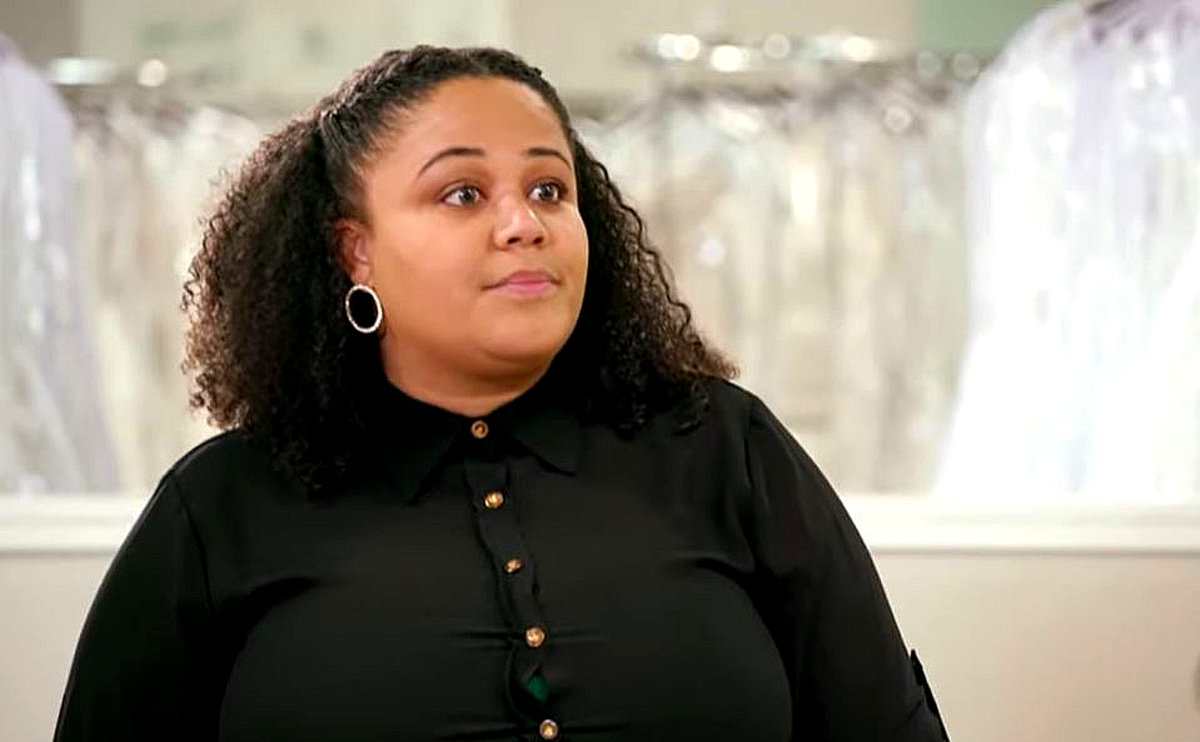 WE tv Bridezillas has an epic episode coming at you this Thursday night. Just be glad you aren’t one of nightmare bride-to-be Amber’s wedding party, because if your butt is flat or your boobs nonexistent, she will call you out in front of everyone while getting your dress fitted.

Not that Amber is such a perfect physical specimen, mind you. Amber has the largest set of chi-chis one can imagine and a wedding dress unfortunately not designed to hold her “girls.”  She’s one sneeze away from getting dollar bills thrown at her.

Oh there’s more… so. so much more as narrator Loni Love gets the zingers and calls it like she sees it. And it is glorious as TV Shows Ace exclusive preview shows all the snark, insults and behaviors our Amber offers up.

What happens with Amber and her girls on Bridezillas?

Bridezillas is all about the busted budgets, battle-scarred bridesmaids an those who risk all in the epic slay for their perfect day. Emmy Award and NAACP Image Award winner Loni Love is the perfect voice of this addictive series.

In our exclusive preview below, the harried salesperson opens the clip and says: “Ladies we probably should get started, because you’re running behind.”

Cue the steam coming off Amber’s head. Looking at her maid of honor Lavisha, Amber says it’s not okay

Lavisha says: “I am Amber’s best friend but Amber really needs to calm her ass down because everything is going to fall in place.”

Brea is nonplussed and says: “I just got off of work…you want me to go try on a dress and all?”

Fit to be tied at this point, Amber barks the order: “Like, immediately!”

Explaining her tardy to the party vibe, Brea says: “I’ve been friends with Amber for over 10 years. She is a great friend and I understand the stressors of weddings but the yelling and the upsetness and the rudeness we can do without that.”

This is Loni Love’s moment, who says: “We could also do without you coming in late with an attitude.”

As Brea waltzes in her dress to show her stuff, Amber cuts it to the chase and says: “Is the bra off? Your boobs look non-existent, but whatever.”

Brea thinks Amber is being a witch without the B.  Lavisha is not having it especially when Amber disses her booty in her dress.

Lavisha says: “Amber’s dress better be perfect because the way she dogged us out about our dress. Imma give it to her when she come out.”

Sadly, Amber’s dress is far from perfect. Love says: “Oh wow, I see the twins are showing up today.”

Not only are her boobs exploding out of the top, her backside has a hole in the tuile.

The salesperson explains there is no time to fix this and that they had tried, the hole mishap occurred when Amber was taking early bridal pictures in her gown.

Putting a fine point on it, Love says: “Oh, that thing’s more ripped than Michael B. Jordan.

Also on this episode, the final countdown to wedding night is here for Alex and her last night of freedom may cost her everything as our Amber, the no-nonsense wedding planner who needs to control every detail of her big day may be upended by this dress nightmare, not to mention a catty sister-in-law hell bent on bringing her down:

‘General Hospital’ Spoilers, August 2-6, 2021: What Is Austin Up To?
Isabel Roloff Gets Real With Fans, Opens Up About Forgiveness
Paris Hilton Joining ‘RHOBH’ Would Be ‘Hunky Dory’ With Fans, But Will She? Kathy Spills All
Did Ariana Madix Change Her Stance On Having Kids?
Love In The Afternoon With Hallmark’s ‘A Little Daytime Drama’