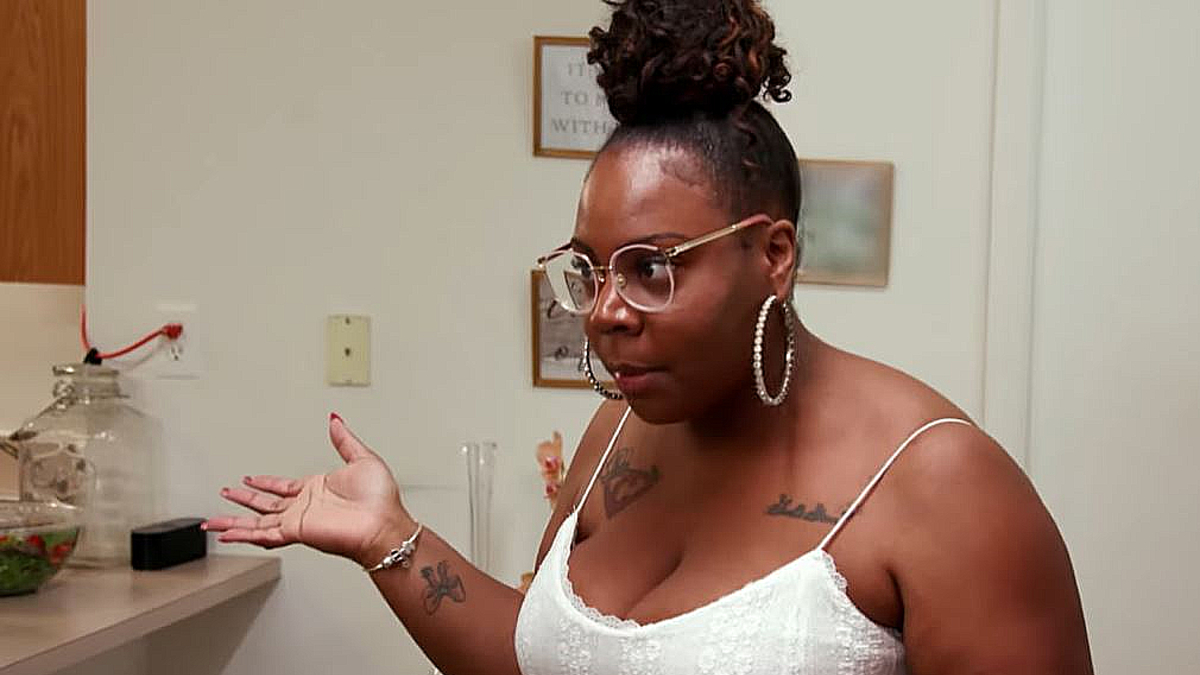 Bridezillas bust budgets, battle bridesmaids and risk all in the epic slay for their perfect day.  On tonight’s episode of WE tv’s Bridezillas, our lovely bride-to-be Jessica throws all of her bridesmaids out of her house.  And as they say,  that’s one way to slash the guest list that has grown to unaffordable levels.

Was she overreacting or were her actions justified? TV Shows Ace has an exclusive clip from tonight’s new episode of Bridezillas on WE tv.

From party fouls to busted budgets, these strong brides will stop at nothing to have the wedding of their dreams.

Emmy Award and NAACP Image Award winner Loni Love is the new voice of this no miss trainwreck.

What happens with Jessica?

QuackZilla Jessica’s ever-growing wedding guest list drives her batty and she now is at odds with everyone, including her groom Sean. ​

Jessica throws her unsuspecting bridesmaids out of her place and loses it by their attitude, tardiness and behavior.

Even though she left her groom on the side of the road, Jessica’s still moving forward with the wedding and having a little party with her maids.

Already on edge over her fiance and her MIA maid of honor, Jessica says: “At this point I’m frustrated with Sean, he’s sleeping on the couch. We’ll talk about it when I feel like talking. there’s still a lot to do this week so most of my bridesmaids, they’re coming over and then we’re making a seating chart for the guests so that they know where they’re seated.”

Sounds great right? The fly in the bridal party ointment is the missing maid of honor Thasha! One hour late, our Miss Thasha swans in like it’s no big deal, and Jessica is loaded for bear. The chatter from the others only fuels the anger brewing in our bridezilla.  Jessica is fuming now.  When Jessica calls Thasha out, her reaction is pure defense.

Thasha makes more excuses and Jessica is starting to tire of the Greek chorus of her opinionated bridesmaids who are eating her food and swilling her champagne. Enough! Jessica explains to all of them why she is angry at Sean and why she is angry with them and that goes over like a lead balloon.

The guest list has swelled to 140 people from 100, and Jessica is worried about money. The additional cost? Jessica says it is eight thousand bucks. Then the room gets tough. The bridesmaids accuse Jessica of not managing things well.

At this point, narrator Loni Love is having a field day with side snark. She says: “Oh they’re calling you out sis!”

Calamity strikes as the slightly tipsy bridesmaids and Thasha knock over the wedding easel and then break the wedding frame.

Nigerian Queen Evelyn’s double wedding dreams are at risk with a bridesmaid stand-off and her groom’s disappointing dowry.

Watch as Jessica throws her bridesmaids out of her house. Was she overreacting or were her actions justified?!