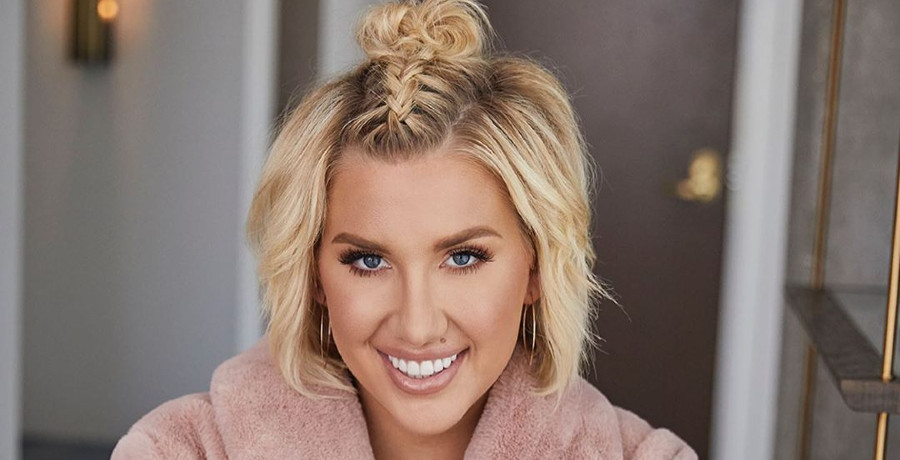 It’s been two months since Savannah Chrisley confirmed her break-up. The TLC star ended her relationship with Nic Kerdiles in September. But now she is opening up about the chances of a reconciliation. Is she having second thoughts about the break-up?

Savannah Chrisley’s relationship with Nic Kerdiles was a roller-coaster for Chrisley Knows Best fans. The young couple got engaged but then took a step back from marriage and went back to just dating. While some fans knew it wouldn’t end well for the couple, their split was still a shock.

Nic Kerdiles is practically a member of the Chrisley family. In fact, Savannah’s dad, Todd Chrisley, recently shared the proud news that Nic voted for the first time. Despite the split, it seems that the family is still close to Savannah’s ex.

But how close is she to Nic?

The second half of Season 8 of the USA network show premieres this week. The entrepreneur spoke to Us Weekly about the new season. And of course the topic of Nic Kerdiles came up. According to Savannah, the two are “on good terms.” While they aren’t getting back together anytime soon, she isn’t against the idea in the future.

Speaking of the possibility, she said “no decision is permanent” of the split. She’s keeping an open mind, noting that “you never know what can happen” in life. Savannah gave a hint as to why they ultimately split when she said they are both “young and ambitious.”

The Chrisley Knows Best star is working hard at her career after reality television. After a moderately successful clothing line, the Georgia native is setting her sights on the cosmetic industry.

Anyone who watches Chrisley Knows Best knows that Savannah can be sassy like her dad. It’s only fitting then that her makeup line is called Sassy by Savannah. Not only is the new season of the reality show coming this week, so is a new makeup kit.

Savannah Chrisley took to Instagram earlier this week to promote her Sassy by Savannah products. Showing a model with full glam, she namechecks which of her products the model is wearing. In the caption, she lets fans know that those specific products will be out on November 11th.

Just in time for the new Chrisley season! As Savannah told Us Weekly, “I’m focusing on me and I feel like that is the best way to go.”

Do you think there’s hope that Savannah and Nic will get back together? Let us know in the comments down below.