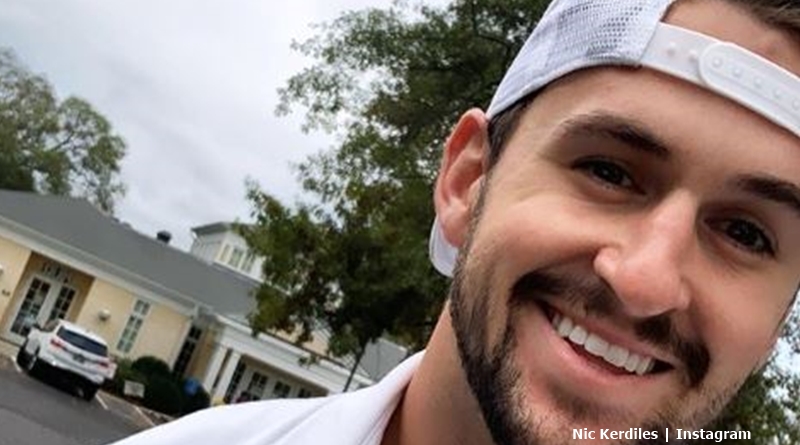 Nic Kerdiles voted and shared about it on Instagram. Then, Todd Chrisley came along and shared the same post on Instagram. According to Todd, it’s the “first time” ever that Nic voted. And, some fans couldn’t believe that he never voted before. Plus, some people think that sounds a bit selfish.

Todd Chrisley sounds ‘proprietary,’ as if he own Nic Kerdiles

Some Chrisley Knows Best fans became excited when Todd reported Nic’s voting photo. From his words, fans who don’t know might think Savannah and Nic got back together again. Todd wrote, “Another first today, our boy @nickerdiles voted for the first time in his young 26 years, pride keeps growing.” Well, Nic might be Todd’s “boy,” but it looks like Savannah got over him as she deleted all his photos off her Instagram.

We reported that Savannah removed every last “trace” of him. So, at least one member of Todd Chrisley’s family might not think of him as “our boy.” And, some people already saw Nic’s post. So, one person told Todd, “We already know.” Maybe Todd just called him “our boy” as Nic tagged his photo as “Nashville, Tennessee.” Meanwhile, other fans wondered why he never voted before, and people said things like “Why not vote?” 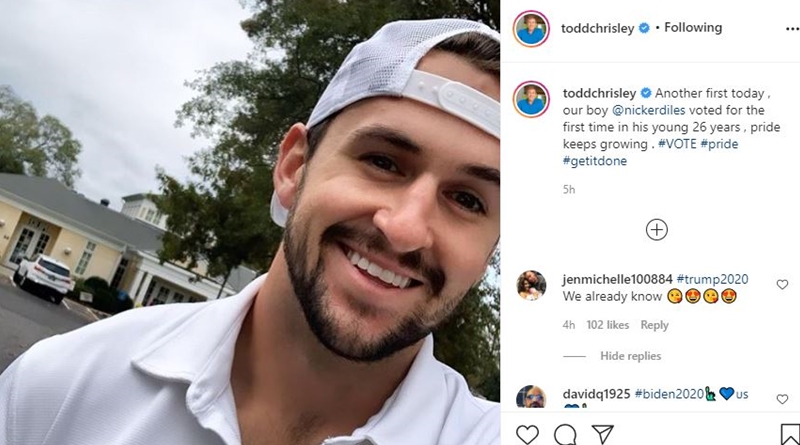 One follower of Todd Chrisley asked, “How do people not vote in every election they can after they turn 18? It just don’t make sense. But never too late to start!! 🇺🇸🇺🇸🇺🇸.” Then, some fans suggested he never voted before because he’s a Canadian. Well, his mom’s home country’s Canada. But his dad came from France. And in fact, his sisters were born in France.

E!Online reminded readers last year, that Nic grew up “speaking French.” But Nic, a born Texan later lived in France before the family settled in California. In fact, he first debuted with the NHL playing for the Anaheim Ducks. So, why he never voted before seems a bit obscure. US-born citizens may hold dual citizenship and still vote in the US elections after all. Maybe Todd Chrisley convinced him it’s time to vote?

Many Chrisley Knows Best fans assume that Nic Kerdiles voted for Donald Trump. And, they assume that because Todd Chrisley shared the post, that Nic also followed suit. But really, everyone just guesses about who voted for who. And, a lot of people stepped up and said they voted for the first time this year. Plus, some of them mistrust politicians so much, they never voted in over 20 years.

As several followers of Todd Chrisley mentioned in the comments, at least this year, Nic voted. Plus, whoever he voted for is beside the point, It’s the fact that he voted at all is “what counts.” Do you agree? Sound off in the comments below.

‘RHOBH’: Brandi Glanville & Kim Richards Refuse To Speak To Each Other, What Happened?
‘LPBW’: Jeremy & Audrey Roloff Have Low-Key Wedding Anniversary – Is Their Marriage Okay?
Netflix ‘Another Life’ Season 2: Release Date, Trailer, What We Know
Could Hallmark, Lifetime Christmas Movies Be Canceled Due To Hollywood Strike?
Chase Chrisley Likens Father Todd To A Tornado, And Here‘s Why