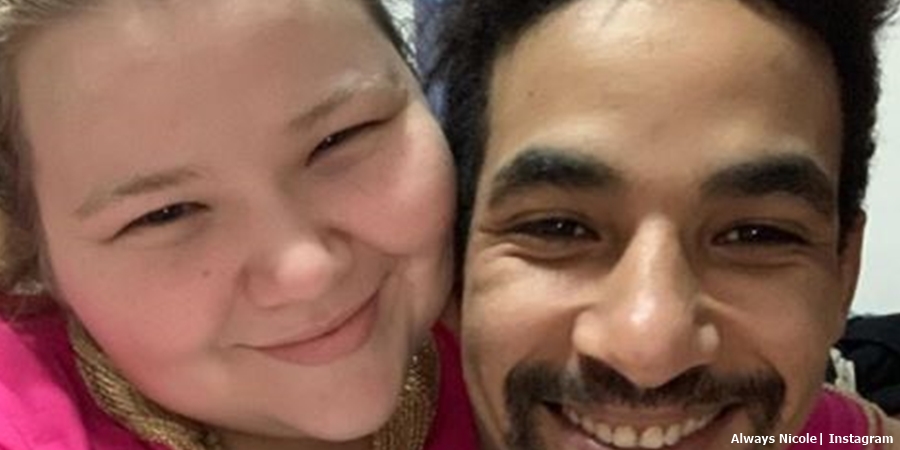 90 Day Fiance stars know that Azan hardly ever shares any photos of Nicole on his Instagram. And, he just about never writes loving messages. In fact, so much so, that on the rare occasion he does, people think Nicole posts them. Now, he shared a sweet message with Nicole but fans don’t believe he wrote it.

90 Day Fiance – Azan shares a sweet message – but did he write it?

We reported in September, that Nicole spoke to her fans in a Q&A. Back then, she answered a fan who questioned her. They asked, “How come azan never posts any pics of you or shows any sort of love to you? It’s weird.” Nicole replied, saying that some “people…feel they don’t need to post pics of their significant other on social media to show love.” And, she concluded by saying, “As long as he shows it to me, that’s what matters.”

Well, all of a sudden, Azan shared a photo of himself with Nicole. Actually, fans of 90 Day Fiance already saw the same photo on Nicole’s Instagram. Notably, it’s the first photo of her since May 23, 2017. So, many fans think that Nicole shared the photos herself. And, wrote the message, Actually, she often posts up some rather bizarre things, like the rumor that she started about falling pregnant by him.

In the post, Azan apparently wrote, “love you soooo much babe and I miss you. And I’m so jealous of people who get to see you every day ❤️.” Well, fans don’t think Azan ever called Nicole “babe.” They recollect he called her “honey.” Meanwhile, others thought his English too good in the post. But, that could be off. After all, Go Overseas tells readers that English is in big demand across all levels as the country adjusts to the demand of the modern economy.

But, so many 90 Day Fiance stars believe that Nicole actually manages the count of Azan for it to be him. One fan wrote, “We all know this is Nicole😂👀😬.” And, another one said, “LMAO! Azan ain’t wrote that sh*t! LOLLOLLOLLOLLOL. Nicole, you clownin’ thanks for the laugh though.” More similar comments followed. This person noted: “Hasn’t posted a pic of them together since 2017. Seems legit 😂.” 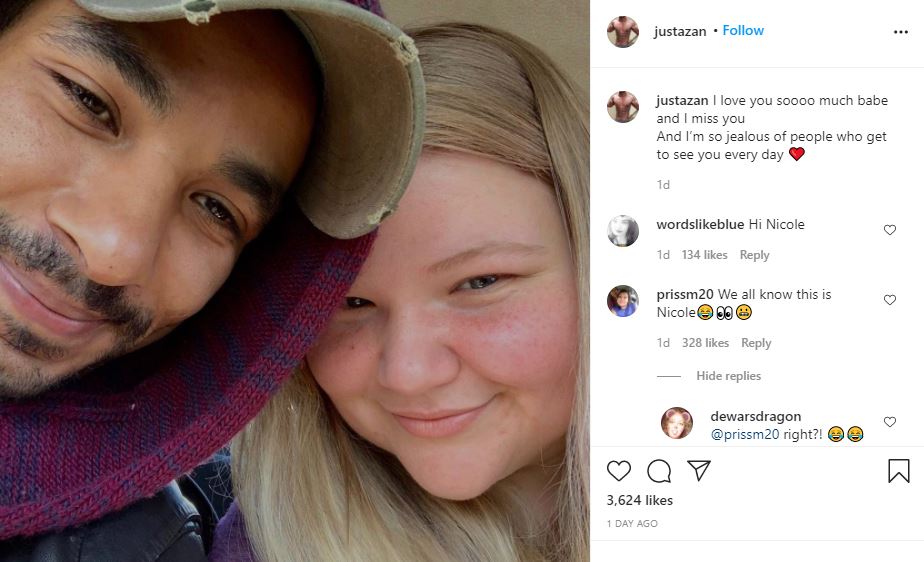 Newcomers to 90 Day Fiance wonder what’s up with them

Not everyone who follows Nicole and Azan watched them from the beginning. In the mists of TLC time, they featured for the first time. And, season after season, they never got married. One fan who just watches the first season asked if they get married soon. And, that made for a laugh from oldtimers. Actually, allegedly they got engaged at least six years ago. And, it never came to anything.

Many 90 Day Fiance fans think that Azan already married his Moroccan cousin. And, others believe Nicole is so obsessed with him that she just pretends he loves her.

What are your thoughts? Do you believe that Azan posted up the sweet message about Nicole? Sound off your ideas in the comments below.

Paris Hilton Joining ‘RHOBH’ Would Be ‘Hunky Dory’ With Fans, But Will She? Kathy Spills All
New Picture Of Fern & Ivy Seewald Surfaces On Reddit…Kind Of
Jenelle Evans Reveals Petty Details Of Split From Nathan Griffith
Meri Brown Gets Cryptic About ‘Being Broken,’ Is She Alright?
Danielle Busby SCRAMBLES, Overwhelmed With Last-Minute Packing