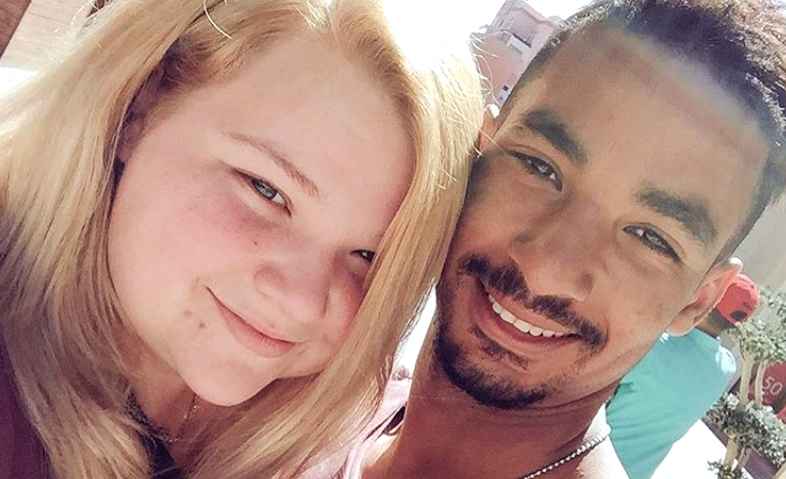 On a Q&A on her Instagram Story, Nicole Nafziger, 26, asks fans what they want to know about her. She received an interesting response from a fan. They asked, “How come azan never posts any pics of you, or shows any sort of love to you? It’s weird.”

Nicole was quick to respond, “There are people (men and women) who feel they don’t need to post pics of their significant other on social media to show love.” Nicole continued, writing, “As long as he shows it to me, that’s what matters.”

Nicole went on to give more detail. She explained that as a person, she likes to post pictures and “do the social media thing.” However, Nicole said it is not a big thing for Azan. Moreover, she says that doesn’t mean he loves her any less.

Browsing Azan’s Instagram, the most recent related image is of Azan and little May riding a camel, taken in June 2018.

Browsing further reveals that the last photo he shared of Nicole was their selfie taken in May 2017. He captioned this with a red heart emoji.

Prior to that was a selfie of the pair taken in February 2017, captioned, “I miss my girl.” Other than that, as noted by In Touch, Azan has posted a series of images taken in his fitness center in Morocco.

Nicole and Azan during the COVID-19 pandemic

As 90 Day Fiance fans are aware, Nicole was visiting Azan in Morocco in March. However, the borders closed during the COVID-19 pandemic trapping her there. She ended up being trapped in Morocco for almost five months instead of the planned two-week vacation. In the meantime, her mom looked after little May in the States.

Nicole made regular posts of the pair in Morocco to Instagram during her stay. However, Azan shared none of her. Despite this, once Nicole made it back home to the States in August, Azan became active on Instagram again, posting gym selfies. While Nicole has liked each of his recent posts, he hasn’t returned the favor on any of hers.

While Nicole and Azan don’t have the same liking for social media, they are reportedly still going strong. Nicole recently told fans she is planning to move to Morocco with daughter May to live with Azan. While May is from a former relationship, Nicole did share that she and Azan are looking forward to expanding their family. However, she did say they want to get married in Morocco first. After this, they plan to move to the U.S. when Azan gets his CR-1 visa approval.

Nick Viall Shares Dating Advice With Fans On Instagram
Jim Bob Losing ‘Cinderella Duggar’ Jana As Designated Chaperone?!
How Many Episodes Are In ‘When Calls The Heart’ Season 9?
Wait, What?! Matt James & Rachael Kirkconnell Left ‘After The Final Rose’ Together?!
Javi Marroquin Calls Cops On Lauren Comeau For Abuse, Guess Who Has His Back On This?