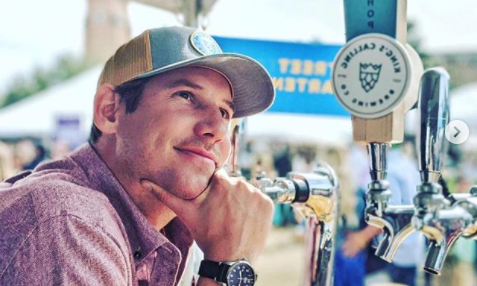 Austen Kroll talked about Kathryn Dennis’ new boyfriend, Chleb Ravenell. He isn’t quite sure if they are end game. Austen is actually friends with Chleb, he said, “He literally was just, like, a model for me in my beer shoot.”

He said he called Chleb up and said to come over and take some pictures for Trop Hop, from his The Kings Calling Brewing Co. He recently posted on Instagram about his new beer. Kroll said, “It’s pretty awesome to see my little pipe dream with #trophop come to fruition, in such a cool way.”

The post also said, “It’s now available in package and draught in all of the Charleston area and beyond. Greenville, Spartanburg and Columbia In the VERY near future.” He promised to get it to other states soon.

He said Ravenell had been associated with the friend group for a while. He said he was a great guy, and he questioned if it came at the right time for Kathryn. 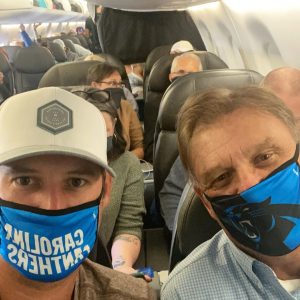 Why Did Austen Kroll Say The Jury Is Still Out?

He said the two were friends before they started dating. He said, “Then the pandemic, probably, pushed them together, because Kathryn was hanging out with a mutual friend of all of ours.” That mutual friend is Chleb’s brother’s girlfriend, Jackie Stewart.

The two had tongues wagging in July when Kathryn went to Chleb’s birthday party. They didn’t confirm the romance until October 23rd. Kathryn posted a picture of the two of them together and captioned it, “you.”

Austen Kroll seems happy for his friend and gets along great with her new man. She shared posts of with Chleb at Leva Bonaparte’s restaurant, Bourbon N’ Bubbles, according to Us Weekly. Then the couple went out on Halloween as a cowboy and Poison Ivy.

Kathryn is still bringing the drama on the show, throwing rumors out and not caring who they hurt. Leva hasn’t been afraid to put her in her place as the first episodes of the new season have been wild. Fans are rooting for her to have a healthy and happy relationship after years with Thomas Ravenel. Southern Charm airs on Thursdays on Bravo.