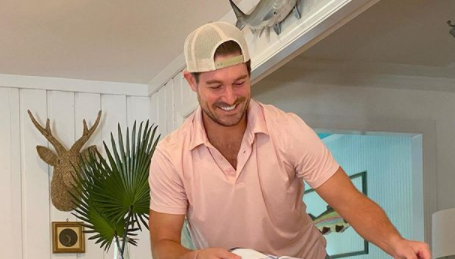 Craig Conover from Southern Charm said he ignored a text message from Jules Daoud of Summer House. The reason is because he has a girlfriend. On the Watch What Happens Live After Show, Andy Cohen talked to Shep Rose and Craig Conover on video about the current season which is starting with the drama fans expect.

Fans were really excited to be able to ask their favorite cast members again. A viewer called in and asked Craig about the status of his relationship with Jules. He said, “you know I’m dating someone new now. We had a lot of fun.” He had a huge grin on his face.

Craig Conover Revealed Jules Had Reached Out To Him

Craig Conover said, “but she actually just texted me that she was coming to Charleston and unfortunately I did not text her back because I did not think that would be appropriate.”

Both Shep and Andy Cohen looked a little surprised as Craig said, “so I haven’t figured out how to navigate those waters yet.”

Andy said, “I think the nice thing to do would be text back and say, ‘Hey that’s great, I have a girlfriend now.'” Craig said he would do that. Shep went a step further and said he would invite her out with his girlfriend to welcome her to Charleston. Andy said that was a good idea, “If his girlfriend would like to hang out with the past.”

One fan said, “Craig you look great too, a lot healthier than in a long time. Glad you’ve a girlfriend you look so happy, and I’m happy for you.” 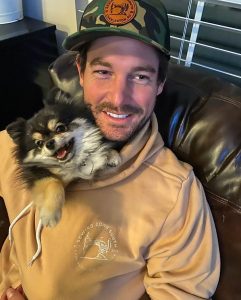 The Three Southern Charm Men Went To The Summer House

On Summer House in a confessional Jules Daoud said, “last night, Craig was definitely able to cheer me up.” This was after Shep, Austen Kroll, and Craig Conover visited the Summer House for a big party.

After that Daoud was seen leaving the house with Craig and not returning until much later. People made their own assumptions though Craig never really said anything about what happened. Fans wanted to know if they were together. Craig told The Daily Dish, “I spent the summer in New York, so Jules and I hung out for a couple of weeks and then, whenever I was in New York, we hung out.”

Daoud also said, “this summer I hooked up with my fair share of douchebags. Jordan, Craig, and congrats Carl Radke, now you’re on that same list.”

Later she tweeted that she would take Craig out of that equation and apologized. Since fans are getting to see Shep in a relationship this season, they’re hoping to get to see Craig’s relationship as well. Southern Charm airs on Thursday nights.

‘OutDaughtered’ Mom Danielle Shares Photo Of Her Little Ballerinas
Dannielle Merrifield Gets Emotional, Seems To Doubt The Lifestyle
Dayna Kathan Not Returning To ‘Vanderpump Rules’: Who’s Left?
Lindsay Arnold Dishes On Her Plans To Return To ‘Dancing With The Stars’
Alyvia Alyn Lind Reveals She Could Return To ‘Y&R’