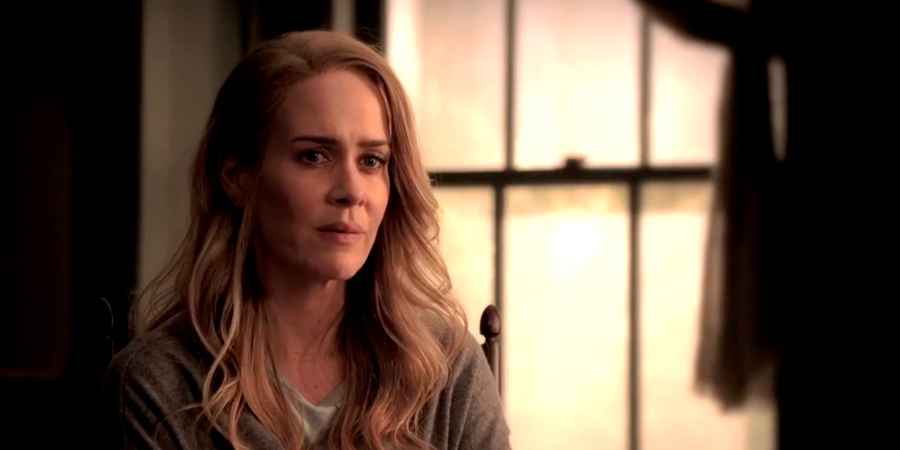 Fans of American Horror Story are currently waiting patiently for Season 10 of the popular FX show. All nine seasons of the popular series have been pretty terrifying. However, possibly the scariest of them all could have been very different. Season 6 of American Horror Story was first planned to feature the American Civil War. However, instead, it follows the story of the infamous Roanoke colony disappearance in a true horror style.

American Horror Story: Roanoke could have been different

A frequent cast member on American Horror Story, Cheyenne Jackson recently revealed something interesting about Roanoke. He explained that originally, the storyline was to be set in the American Civil War. In fact, Cheyenne quoted Murphy as pitching the season to them as a “Civil War thing.” However, instead, showrunner Ryan Murphy took the AHS show in a very different direction.

Cheyenne then described how interesting that could have been. He recalled the Nicole Kidman movie, The Others. The actor described that movie as feeling “kind of dreamlike and foggy.” Jackson then imagined that in the series, saying that then there’d be a civil war. He truly believed there could be some “cool stuff” in there that would be interesting.

Digital Spy quotes Jackson as saying he, Matt Bomer and Finn Wittrock were set to be brothers. He said this was funny, as there is a meme of the three of them, where people think they all look exactly the same.

Jackson admitted he thought the Civil War theme could have been “cool,” but said he trusts Murphy’s imagination. Jackson said nothing he could think of would ever be as cool as what Ryan does. So, basically, he just waited for the call. How the storyline would have gone in a Civil War version remains unknown.

The coronavirus pandemic put a pause on Season 10 of American Horror Story. However, filming is underway. Murphy did describe the season as being “dependent on a very specific moment.” He also said the new season is dependent on the weather, which could have an effect on the release date.

In fact, at one stage, Murphy believed he might have to accelerate another season and delay shooting of the original Season 10 until next year. Previous announcements it was possible former Home Alone child actor, Macaulay Culkin would join the cast. A number of the regular cast members of the AHS franchise will appear in Season 10. These include Leslie Grossman, Billie Lourd, Evan Peters, Sarah Paulson, Kathy Bates, Adina Porter, Lily Rabe and Finn Wittrock.

Where can you watch American Horror Story?