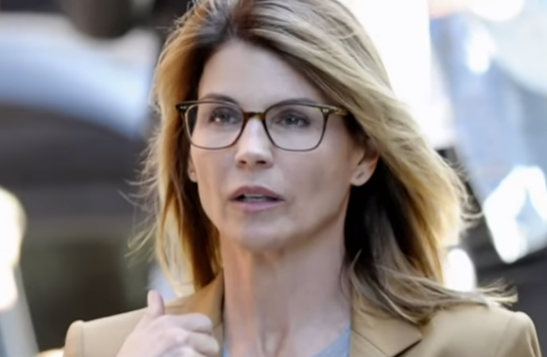 Full House star Lori Loughlin is serving out her prison sentence at California’s Dublin Federal Correction Institution. However, she may be home for the holidays. Right now, December 27 is her expected release date. However, that is a Sunday. Knowing that, she may be out before Christmas Day.

Lori Loughlin Paid Bribes To Get Her Daughters Into College

In case you didn’t hear, Loughlin was part of the nationwide college admissions scandal back in 2019. She and her husband admitted that they paid bribes to get their daughters into the University of Southern California. The bribe was reportedly $500,000. The courts ordered Loughlin to report on November 19, but she turned herself in on October 30 instead. After her release, she will be under supervision for two years.

ET released a video summarizing the entire situation. You can take a look at that here:

The Full House actress requested to serve her sentence at FCI Victorville, but courts denied the request. Now she is at Dublin FCI, which is where Desperate Housewives actress Felicity Huffman also served her sentence. Huffman was also part of the college admissions scandal and paid an SAT test proctor to change her daughter’s test answers.

“Lori really went into prison strong, she had her faith and the support of her family, but the first few days and road ahead are daunting,” a source told Us Weekly. “Lori tried her best to be brave and look at the end result but there was nothing that could dissipate her fears. It’s only two months but she’s dreading it. Her mind keeps telling her that something will go horribly wrong in prison or that her stay could be prolonged.”

As you can probably imagine, Loughlin received a lot of criticism for her role in the scandal. They probably won’t be too pleased to hear about her early release. She did receive jail time, but two months can barely be considered “hard time.” Many actually feel that her prison sentence is a prime example of white privilege. After all, plenty of minorities receive much harsher sentences for lesser crimes.

One of Loughlin’s daughters, Olivia Jade, said she was comfortable returning to social media, to a degree. She posted a YouTube video in December saying how much she misses creating social media content. She posted an “everyday routine” video a short time later, but has been quiet on the account since December 17, 2019.

Olivia Jade did reactive her Instagram account and posts every once in a great while now. Her sister, Bella, also returned to Instagram. However, both mostly keep silent about the scandal.

Are you happy that Lori Loughlin will likely be home for Christmas, or do you think she deserves a little extra time? Let us know what you think in the comments.