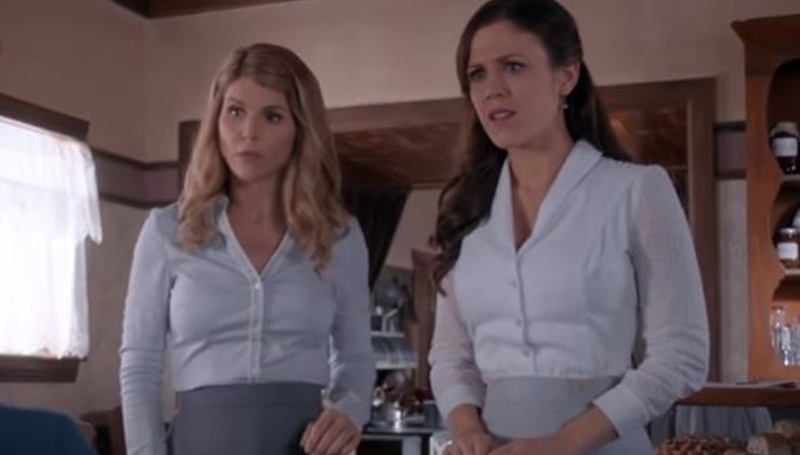 Lori Loughlin seemed pretty certain that not taking a plea deal for the college scandal could see her get off any charges. Many other people took them and served short sentences in jail. But, Lori ended up taking a plea deal last week. And, critics slam the sentence as not enough. In fact, a lot of people think she’s a classic example of “white privilege.”

Lori Loughlin and her husband get jail time, but not very much

The previous star of When Calls the Heart got dropped like a hotcake by Hallmark when she got arrested for her part in the college admissions scandal. Over the last year or so, news came out that she felt terrified of jail time. But, she and her husband Mossimo Giannulli felt it worth fighting for their innocence.

That came despite threats by the prosecution that she could spend many years in jail. Recall, she and her husband got accused of paying $500,000 in bribes for her daughter’s acceptance into USC. We reported that things looked up for them as “damning evidence” emerged that  “could swing the case in their favor.” It likely worked for Lori Loughlin, given the relatively light sentencing last week.

Lori and her husband pleaded guilty, smaller sentences than expected

Probably encouraged by the evidence that helped their case, Lori took a plea deal, ET Online reported. They wrote, “On Friday, a judge accepted the 56-year-old actress’ plea deal.” Her sentence handed down involved fines, supervision, community service, and “two months in prison.” Her husband got a longer sentence, but critics claim even that’s not enough.

Mossimo ended up with just five months in prison. The ET Online Instagram page shared about the sentencing, and plenty of people had a lot to say about it. Some of them referred to Abby Lee from Dance Moms. She also committed a “white collar” crime but spent way longer than a few months in jail. But, each case gets weighed on its merits and Lori Loughlin actually claimed that they fully believed the money went to the college.

Lots of people slammed the light sentencing. But, one person came up with a more neutral comment. They noted, “I think the person that facilitated this transaction should be the one to go to jail. He’s a greedy a hole.” Well, it was his own statement of admission that helped with the lesser sentence. But, critics don’t care about that. All they know is, a rich person paid a bribe and got off lightly.

One critic said of Lori Loughlin and her husband, “How do you feel about the students that worked hard to go to that school?” They noted others lost their spot at the college because of “two entitled people.” They added, “shame on them,” noting they should get way heavier sentences. Another person noted, “And this folks is what we call white privilege!”

Well, plenty more similar allegations came out in the comments. “White privilege” got bandied about a lot. But Felicity Huffman got a way smaller sentence than Lori. And, nobody termed her sentence as “white privilege.” It seems anger about Lori Loughlin might also relate to current politics. Many people talked about injustice and the long sentences dished out to black people.