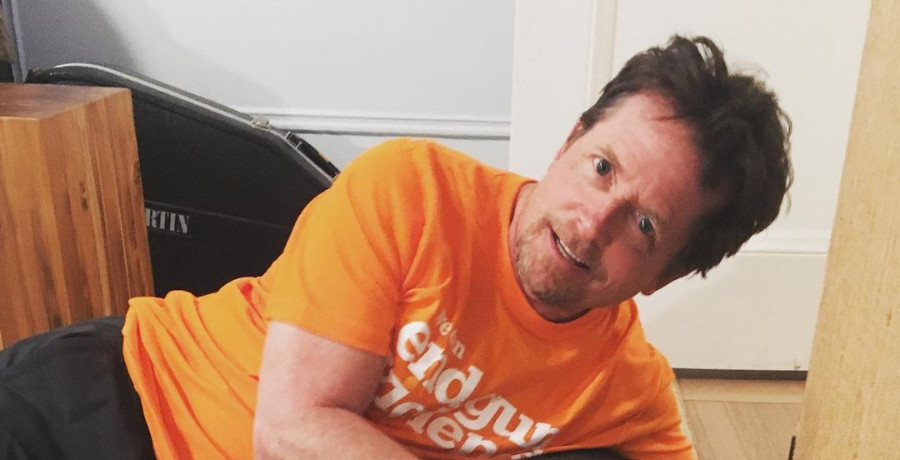 If you’re a child of the 80s, actor Michael J. Fox was likely a HUGE part of your childhood. Even if you weren’t alive in the 80s, you probably still know some of his roles. Of course, the most famous is probably the Back to the Future movie franchise. But he’s also had roles in TV shows Family Ties, Spin City and ABC/Netflix’s Designated Survivor.

But sadly, his time in front of the camera may be coming to an end.

In 1998, Michael J. Fox let the world in on a secret he had been keeping for almost 10 years: He was diagnosed with Parkinson’s disease in 1991. The long-term degenerative disorder slowly attacks the central nervous system, affecting the motor skills. Once his tremor became visible, the actor shared the news with the world.

Despite the diagnosis, he has always remained upbeat and optimistic. However, recent advances in the disease have dampened his spirit a little. A tumor on his spine required surgery, which he calls his “darkest time” in a cover story for PEOPLE magazine. During his recovery – in which he had to learn to walk again – he suffered a “bad fall.”

The eternal optimist admits that the last few years have been “trickier than most.” In fact, he is running out of hobbies, as Parkinson’s continues to strip him of body functions.

Even after his symptoms of Parkinson’s disease became noticeable, Michael J. Fox continued acting. In fact, he took over the lead role in Spin City after Charlie Sheen left the show. The shows would film around his symptoms or write the disease into his character’s canon.

However, the beloved actor is not sure if he can continue acting. He tells PEOPLE that his “short-term memory is shot.” Memorizing lines and speaking them used to come easy for the Teen Wolf star. But now, he has to practice his dictation skills, as Parkinson’s changes the way he speaks.

The almost-60-year-old has one hobby that is still effortless: writing. In fact, he has a new book – his fourth – out later this month. About his declining abilities, he says, ““My guitar playing is no good. My sketching is no good anymore, my dancing never was good, and acting is getting tougher to do. So it’s down to writing.”

As a result, he’s not sure if he will be able to continue acting at this point.

Family Ties to Reunite for Fundraiser

Many television fans will always associate Michael J. Fox with Alex Keaton. That’s the role he played on the sitcom Family Ties, before he starred in the iconic Back to the Future movies that shot him to stardom.

Family Ties ran for seven seasons on NBC, from 1982 to 1989. The cast is still close, even after all these years! Next week, some of the main cast will reunite for a benefit for The Actors Fund. The fund offers those in the artistic community – including actors – financial help during the pandemic, Deadline reports.