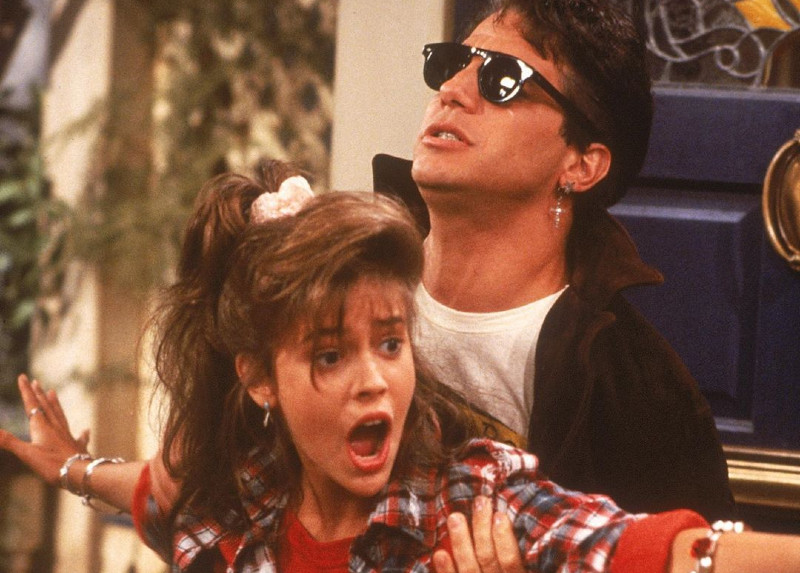 Who secretly didn’t have a crush on actress Alyssa Milano in the mid-1980s? She burst to stardom with her role as Samantha Micelli on Who’s The Boss? Teenage girls wanted to be her, while teen boys lusted after her poster on their walls. After the show’s run, Alyssa moved on to more adult fare with Charmed. In more recent years, the actress has used her platform to promote social justice issues, garnering her an equal number of fans and haters.

On Tuesday, August 4, the iconic actress took to social media to share something any true fan of the 80s can get behind: Who’s The Boss is coming back! What do we know so far?

Who’s The Boss? Aired on ABC For 8 Seasons

In addition to Alyssa Milano, Who’s The Boss? starred Tony Danza as Tony Micelli and Judith Light as Angela Robinson Bower. Alyssa played the daughter of Tony Danza’s character, leading them to a lifetime of closeness. The premise  of the show is that Tony Micelli is a baseball player forced to retire due to injury. He winds up working as a live-in housekeeper for Angela and her family. Both Angelina and Tony are single parents. However, Angela’s mother, Mona, is a frequent guest in the home. Katherine Helmond (Mona) passed away last year.

Rounding out the main cast was Danny Pintauro as Angela’s son, Jonathan. The actor was around eight-years-old when the show began airing on ABC. As a child star, he later fought drug addiction. In the early 90s, tabloids outed him as gay, forcing him to reveal his status as HIV+.

Revival Would Focus On Alyssa’s Samantha As A Single Mom

Alyssa Milano’s announcement of the revival gave very few details. Many fans can relate to her “I’M SO EXCITED” caption. She does say that she’s “wanted to share this for so long,” indicating that the show may already be in production.

🚨ANNOUNCEMENT🚨 I AM SO EXCITED! #WhosTheBoss is coming back!!! I’ve wanted to share this for so long and now I can! 😭 We feel the time is right to tell the story of where these amazing characters are today. Can’t wait to share their stories with you. So happy.

TVLine offers more details about the reboot. So far, Alyssa Milano and Tony Danza are on board to reprise their characters, Samantha and Tony. The outlet writes that the focus will be on “Samantha [as a] single mother, living in the same house as the original series.” The description notes that Tony and Samantha will deal with “opposing world views and parenting styles.”

Judith Light and Danny Pintauro are reportedly “supportive” of the revival, but have yet to sign on for guest appearances. Judith Light will co-star with ER actor Noah Wyle in Shadows in the Vineyard. The original Who’s The Boss? aired on ABC, but the announcement doesn’t say if the revival will, too.

The Who’s The Boss? reboot falls in line with many fan favorites from the 80s and 90s getting an update. Netflix brought back the iconic books The Baby-Sitters Club to rave reviews. NBC’s Peacock TV streaming service will revive Punky Brewster and Saved By The Bell.

Tell us in the comments if you’re as excited as we are to see the cast of Who’s The Boss? on television again.