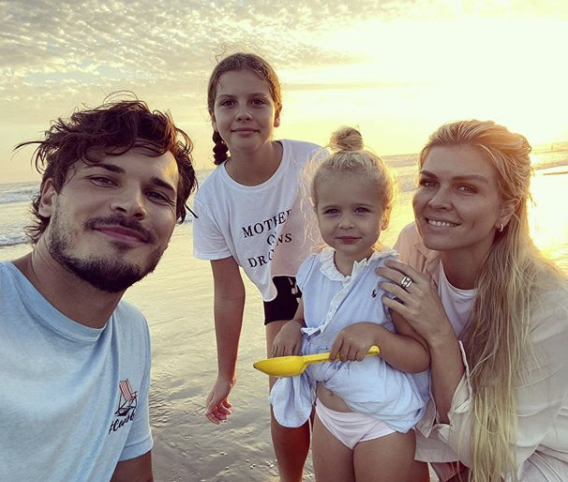 Professional dancer Gleb Savchenko just ended his time on Dancing With The Stars for the season. He and his partner, Chrishell Stause, were eliminated during this week’s episode. But now, Gleb has some more sad news to report. He and his wife, Elena Samodanova, are splitting up after 14 years of marriage. The couple has two daughters together, Olivia, 9, and Zlata, 3.

Gleb Savchenko And Elena Samodanova Will Still Co-Parent Their Daughters

Earlier today, Gleb posted a photo of his family on Instagram with the caption,

“It is with a heavy heart that I tell you my wife and I are parting ways after 14 years of marriage. We still intend to co-parent our wonderful children together who we love so dearly, and we will strive to continue to be the best parents that we can to them. We ask that you respect our family’s need for privacy and healing during this time.” 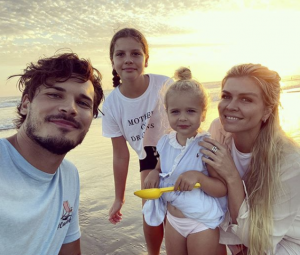 In turn, Elena shared an Instagram post of her own. The picture held the words, “I don’t hate you. I’m just disappointed you turned into everything you said you’d never be.” She captioned it with a broken heart emoji. No one knows what happened quite yet, but fans have a few ideas.

The DWTS Fandom Has A Theory That Involves Chrishell Stause

Dancing With The Stars viewers couldn’t help but notice that Gleb and Chrishell Stause had incredible chemistry during their performances. Their final performance on the show even featured a huge bed. That certainly didn’t help rumors. Check it out here and see what we mean:

If you take a quick glance through Instagram posts throughout their time on the show, you will see fans commenting on the chemistry. Right from the start, Chrishell Stause said she felt a special connection with Gleb. For starters, he has the same birthday as her mom, who died over the summer.

“Did anyone else want them to actually kiss or?” someone wrote about their Disney Night performance as Cinderella and Prince Charming.

Chrishell’s had a really tough time over the past few years. Could Gleb actually be her real-life prince charming? In DWTS exit interviews, she teased that she’s “single and ready to mingle.” The Bachelorette could be in her future plans, but perhaps that will change now that Gleb is single too.

Something Fishy Is Definitely Afoot

Or perhaps they were already canoodling behind the scenes. Elena’s Instagram post sort of implies that Gleb was the one who caused the breakup. In the comments, several fans quickly rushed to the conclusion that he had an affair with Chrishell Stause.

“I hope his dancing with the stars partner had nothing to do with this,” one fan commented. Another account called mr.vironman replied, “unfortunately she ……….” The account alleged that he was a close personal friend of Elena’s and he knew exactly what happened. However, he didn’t say much else. What’s even more telling is that both Gleb and Elena follow this account.

So what do you think happened? Did Gleb and Chrishell have something going on backstage on Dancing With The Stars? Let us know what you think.

Ali Fedotowsky Relieved To Get Answers To Mystery Illness
‘7 Little Johnstons’ Fan Calls Out ‘Miss Negative Nancy’ Amber
Does Bennett Jordan From ‘Bachelorette’ Regret The Argument With Noah Erb?
New Netflix Show ‘Sexy Beasts,’ You Have To See It To Believe It
‘Bachelor Klan’? Rachel Lindsay Burns Bachelor Nation To The Ground In Searing Interview