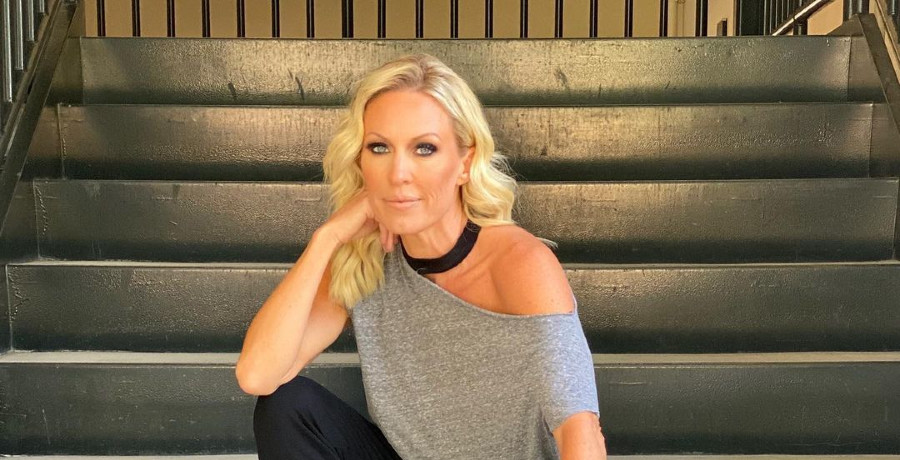 Fans of The Real Housewives of Orange County think there’s something ‘fishy’ about Braunwyn Windham-Burke’s storyline this season. In fact, some fans think the mom-of-seven is lying about being an alcoholic for airtime.

Even her co-stars are doubting the severity of Braunwyn’s alcohol problem. What are fans saying?

Is Braunwyn Faking Her Alcoholism for RHOC Airtime?

Ahead of the Season 15 premiere of RHOC, fans thought Kelly Dodd would be front-and-center in the drama. However, viewers quickly learned in the premiere episode that it would be Braunwyn Windham-Burke’s season. She shocked viewers by looking directly at the camera and saying, “I’m an alcoholic.”

Before that revelation, viewers had no idea. It turns out that Bravo cameras were filming her drunken behavior, but not airing it. Some of the footage came out during the next few episodes. The Braunwyn fans are seeing on-screen now is a raw, hot mess compared to last season’s Braunwyn.

And some fans think that Braunwyn is faking her alcoholism for a storyline. Several fans took to social media to debate if the RHOC star’s symptoms line up with what alcoholism looks like. In their opinion, Braunwyn is lying or over-exaggerating her problem with alcohol.

Here are some of the comments people are leaving on social media about the RHOC star: 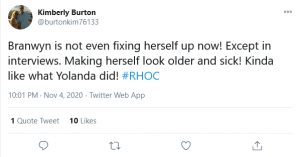 Fans aren’t the only ones who doubt Braunwyn’s authenticity. During the latest episode, her RHOC co-stars, Kelly Dodd and Emily Simpson, gossiped about Braunwyn’s behavior. During a party at Shannon Beador’s, an enraged Braunwyn threw a glass into the pool and stormed out. As Entertainment Tonight’s recap states, she was eventually coaxed into returning to the party.

In Emily and Kelly’s opinion, Braunwyn is “exaggerating” her condition. In fact, they even joked that Braunwyn is more fun to be around when she’s drinking. Bravo fan account @queensofbravo shared a clip of the RHOC stars gossiping about Braunwyn.

#RHOC Preview: Kelly and Emily joke about corona and discuss Braunwyn’s over the top behavior at Shannon’s party 🍊 pic.twitter.com/nsRUqMiuGN

Several fans took those comments to task on social media after the show.

Braunwyn Windham-Burke feels that her journey this season IS ‘authentic.” In fact, she is on the outs with her co-stars because of what happens throughout this season. She took to Twitter to speak about what she was going through during filming. She wrote, “this is what recovery and detox look like.” She agrees with the assessment from the peanut gallery that she should have gone to rehab. But she hopes that her sobriety journey “helps 1 person.”

This is what recovery and detox looks like, it’s not pretty, I was unraveling at warp speed, that being said, I’m still glad I did it, should I have been in rehab? Absolutely. You have a front row to my bottom, and if it helps 1 person it was all worth it.

What do you think about the new season of RHOC? Is Braunwyn faking, or exaggerating, her alcoholism in any way? Let us know your thoughts in the comments down below.