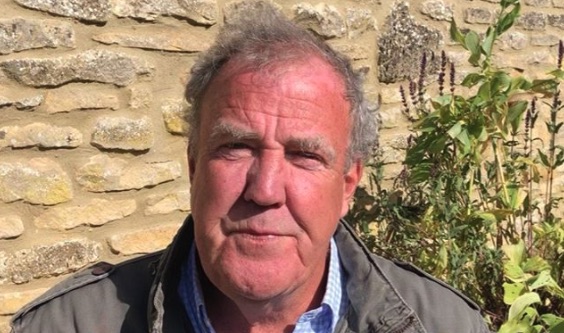 Looks like The Grand Tour’s Jeremy Clarkson has a bee in his bonnet, or somewhere thereabouts. He has been working on his farm for his new Amazon Prime show.

According to The Sun, Jeremy Clarkson recently made a stinging revelation on Who Wants To Be A Millionaire? The 60-year-old host shared that he was stung on his posterior by a bee. And yes, he was wearing the protective suit!

He elaborated about this painful kerfuffle. First, he does claim that bees “hate” him. But it doesn’t sound like he hates them, as he told the paper, “The bees aren’t so bad but it’s just they hate me.”

Originally, he had issues with the bees getting to his ankles, although he wore the suit. That is because there is some sort of gap between the bee suit and his tennis shoes. So, thinking he has outsmarted his prized honeymakers, he decided to put on Wellingtons. He figured that the tall, rubber boot would protect his delicate ankles.

But, instead of protecting him, the Wellies caused a sort of bee maze. The bee wound up in a very delicate area, resulting in a lot of pain.

Clarkson explained, “The bee got in the bottom, crawled up the Wellington, up the jeans trouser until it got between there and my T-shirt where it found an interesting crack, down it went and then stung me.”

Then, Clarkson was in quite a dilemma. “And when you’re in a bee suit you can’t get the bee out.” So, this story does not end well for the bee. But, the former Top Gear host admits that the honey does “taste nice.”

He just hopes it sells.

Why is Jeremy hanging out with bees? That is because he has a new farm. At that farm he has bee hives and sells honey. That is all documented on the new Amazon Prime show I Bought The Farm.

Now, if we are to believe IMDb, and if you are a fan of The Grand Tour, you may not. Supposedly, Jeremy Clarkson’s new Amazon Prime show will start sometime in December 2020. But, The Sun reports that the show won’t start until “early 2021.”

Jeremy Clarkson stung on backside by bee at his new farmhttps://t.co/GBzxFHy0wW pic.twitter.com/nU2BBUfph3

When Is ‘The Grand Tour Presents: Madagascar’ Airing?

So, when will gearheads get to see Jeremy Clarkson, along with Richard Hammond and James May in long-awaited The Grand Tour episode, “Madagascar“?

Right now, we’ve got no date from Amazon Prime. At the rate things are going, Clarkson’s farm show will air before the “Madagascar” episode.

That’s the bee in everyone’s bonnet.