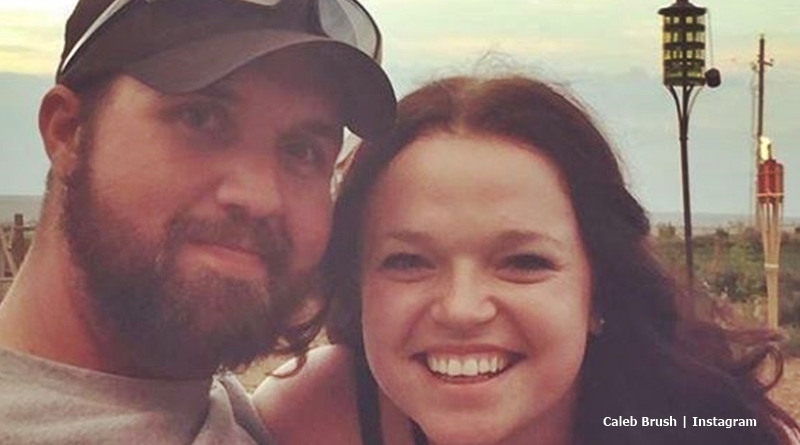 Sister Wives fans know that Caleb Brush very seldom posts anything on his Instagram. So, it came as a bit of a surprise when he opened up and shared a very tender message about Maddie. The mom-of-two celebrated her 25th birthday on November 3.

Caleb stays in the background of Maddie’s life. At least, on social media. She shares photos of him, but he mostly keeps very quiet. Lately, Maddie shared all about their joint decisions on Evie’s prosthesis and amputation. Recall, Evie K, their second-born after Axel, arrived with FATCO syndrome. Some critics slammed her and Caleb for the amputation. But, she explained that as parents they got a lot of advice before they made their difficult decision.

We reported that this week, Maddie shared about taking her daughter for her first prosthesis fitting. It needs some adjustment, so by next “Friday,” she and Caleb hope she gets more mobility. Fans poured out their praise on the couple for keeping people aware of the situation. Clearly, Maddi becomes adored by many more Sister Wives fans as she navigates this child’s life. And now, it’s obvious that Caleb also adores her.

InTouch Weekly noted that Caleb posts with rarity. So, it made the message even more tender. He posted up several photos of himself with Maddie and talked about the kids. His sweet message read, “Happy happy birthday my amazing wife, best friend and mother of our sweet babies!!!” Then, he mentioned how they all feel “blessed” with her in their lives. And, he said that she looks “good” at 25. Finally, he ended with, “Thank you for being you! Can’t wait for many more!! ”

Sweetly, the Sister Wives star responded to her husband’s message. Maddie replied saying, “Thank you love!! I’m grateful to have you to do this life with! Love you lots!! 💚💚” Plus, plenty of TLC fans also replied to Caleb. Mostly, they wished Maddie a “very happy birthday.” One of them said, “Happy Birthday! Such a beautiful family!🎶🎉🎂❤️.” And another fan noted, “Happy Birthday! You guys are the cutest couple!❤️” 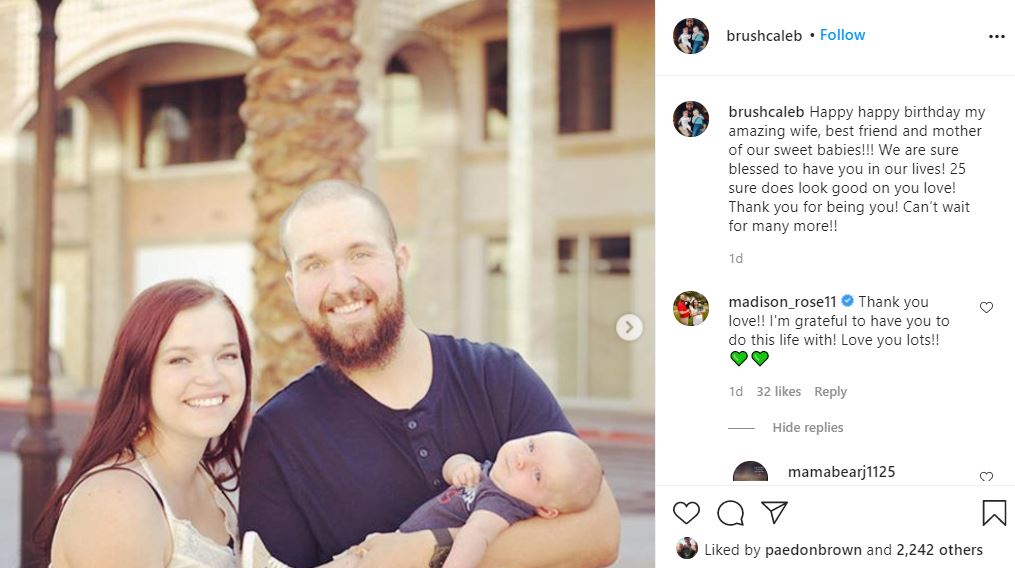 Maddie and Caleb became engaged in 2015. Then, fans saw them marry in a beautiful ceremony. TLC called the episode Maddie Gets Married. They tied the knot on June 4, 2016. Little Axel came along in May 2017, and fans saw her painful and protracted labor. The whole Brown family celebrated the arrival of Axel, the first grandchild in the family.

Sister Wives fans heard that Maddie and Caleb Brush expected another baby in 2019. And, when Evie K came along with FATCO, the couple opened up hoping to bring awareness about the rare condition. Still young, fans love that they raise their children in a loving, caring, and nurturing way.