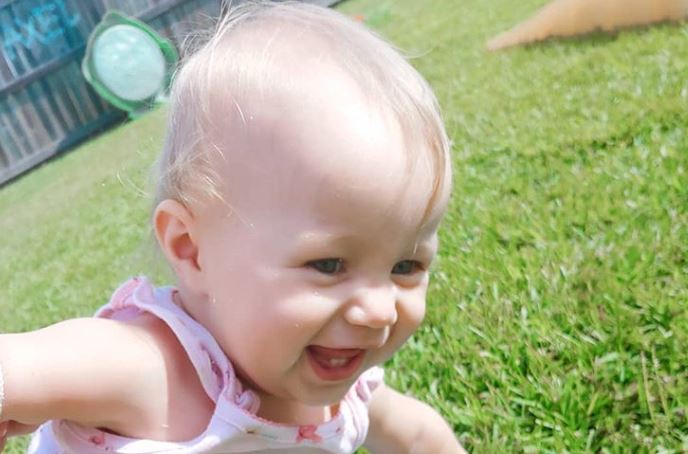 Maddie Brown Brush took to her Instagram on Monday and updated Sister Wives fans about her daughter’s prosthesis fitting. Evie recently went for a mold of her prosthesis, and now it’s ready so they went for a fitting. So, that means that soon Evie, born with FATCO starts walking properly.

Maddie Brown posted up the news about the first fitting of the prosthesis for Evie via her Instagram Stories. She told her fans that she comforted her little girl as she just “had an emotional moment.” So, while cuddling her, she spoke about the visit to the doctor. We previously reported in October, that Evie went for her “first molding” of the prosthesis. And, many fans talked about the difficult decisions Maddie and her husband Caleb faced.

On her first birthday, Evie underwent surgery which removed part of her foot. So, she wore a cast for a while. Next, the mold fitting took place. And now, the fitting of the actual false piece of the leg was ready. So, the Sister Wives star took her daughter for the first fitting. Sharing a short clip of her baby walking with some help, Maddie said that soon they collect the finished product.

Next week Friday for Evie’s prosthesis

The prosthesis, unfortunately, seemed a little bit too big for Maddie’s daughter. So, they wait now until next Friday. Then, it should fit. Actually, Maddie sounded rather emotional herself. She said that “soon Evie starts walking.” Kody Brown’s grandaughter scoots round in a fashion. But, seeing her daughter get more mobility probably moves Maddy very deeply.

People reported in September, that Maddie took heat from fans because of the amputation. But, Maddie explained they didn’t make the decision lightly. On her Instagram, she wrote, “We spent the better part of the last year educating ourselves … as we came to the decision we did.” Obviously, the Sister Wives mom consulted with other amputees, doctors and more. And, they chose the prosthesis so baby Evie enjoys a better quality of life. 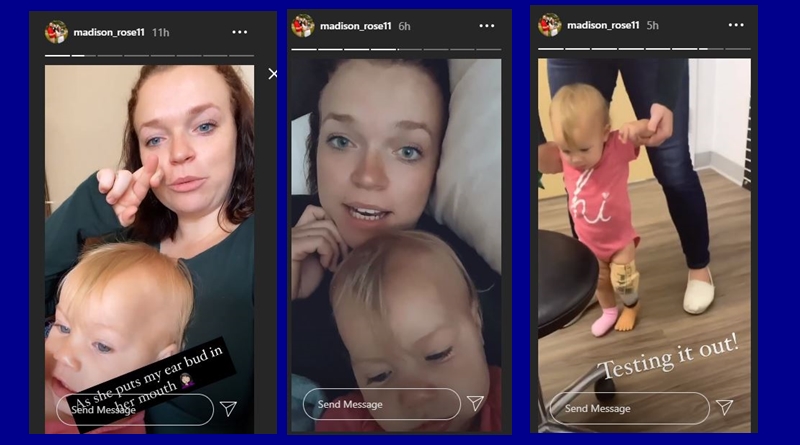 Fans critical but they don’t understand the situation

The outlet noted that Maddie patiently explained about Evie’s condition. One leg seemed fine but the other one came with a shorter tibia. And that meant that her leg started “bowing.” And, they went with a “Boyd amputation” which removed part of her foot. The condition which is rare and little understood meant that the Sister Wives grandchild was born with a leg that missed a calf bone.

Rather than watch her daughter grow up with problems of mobility, they felt that they made the best decision for her. So hopefully next Friday, Evie’s new prosthesis fits her so she becomes way more mobile.